The Arkansas Realtors® Association reported another strong month of home sales:  Total sales in September were up 18.4% compared to a year earlier.  As is typical for September, sales volume was down from the peak summer months, but this was the highest total for September since 2009 when we were approaching the deadline for the first home-buyers’ tax credit.  Not counting 2009, this was the best September sales month since 2006. 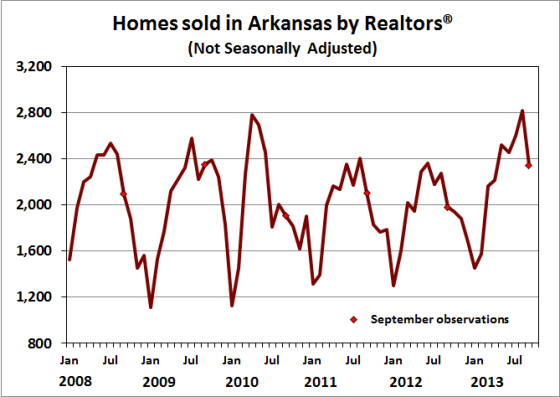 With year-over-year growth rates exceeding 18% in each of the last three months, the third quarter represented a significant break-through in the housing market recovery.  As shown in the chart below, quarterly seasonally adjusted sales have shown a clear upward trend since throughout 2013, showing a particularly large increase in the third quarter. 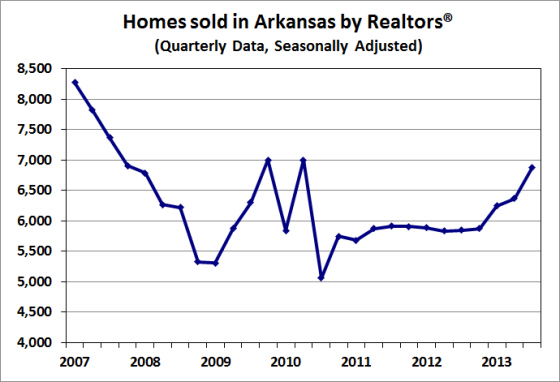 Home sales represent one of the sectors that has performed atypically during the current recovery.  The housing crash was an important precipitating event of the 2008-09 recession, and housing (particularly home construction) has not played its usual role as a driving force of economic recovery.  The long-awaited pick-up in home sales this year is therefore a positive sign of an improving outlook for the Arkansas economy in general.