The residential real estate market is experiencing its typical autumn slowdown, but the notable recovery of home sales in 2013 continues.  New data from the Arkansas Realtors® Association reported another strong month, with October home sales up 13.9% the previous year.   For the year to date, sales are up 12.3% from the 2012 pace. 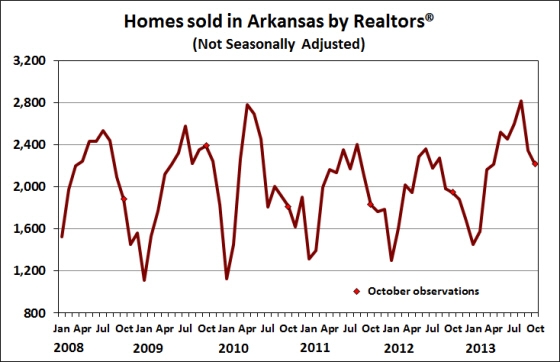 As shown in the following chart, September and October have not been as phenomenally strong as the August sales total, even after seasonal adjustment.  Nevertheless, recent monthly totals are well above the plateau that characterized home sales in 2011 and 2012. 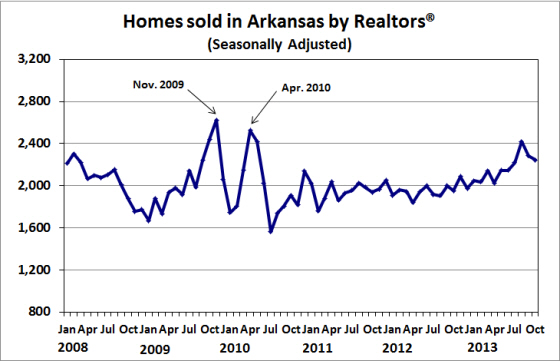 At the Arkansas Economic Forecast Conference, we predicted that 2013 sales would end the year 13.8% higher than 2012.  This remains a likely outcome.  Even if sales in the last two months of the year dropped to 2011-2012 levels, this year would still show cumulative double-digit growth.