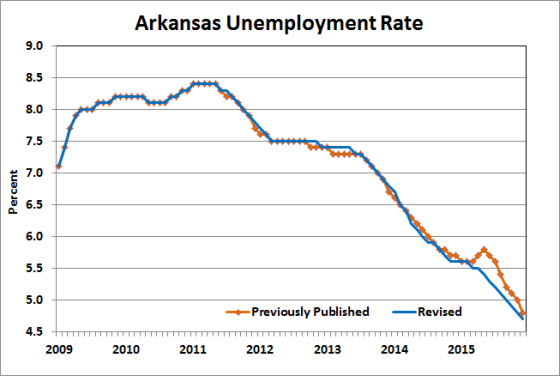 As shown in the panels below, the revision to the Arkansas unemployment rate is largely attributable to a revised path for the number of unemployed.  The figures also show that the number of employed Arkansans at the beginning of 2015 was revised downward, so that the growth rate of household employment was actually higher than originally reported. 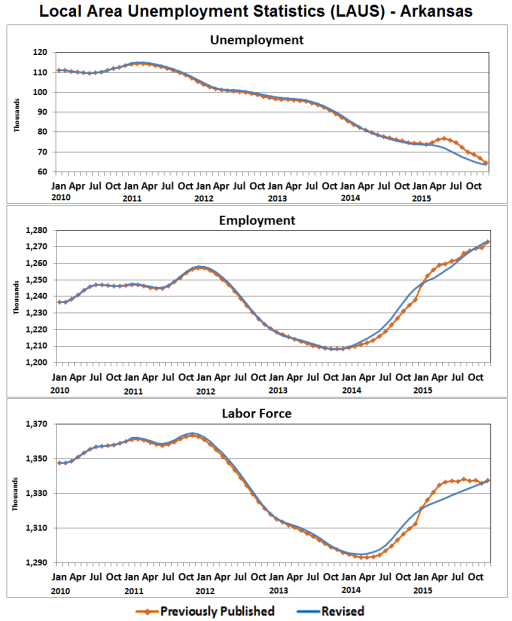 The newly revised statistics are from the program sometimes referred to as the “household survey.”  Data on nonfarm payroll employment come from an independent survey of employers.  Revisions to the payroll data will be announced on March 14th.   Estimates constructed by the Institute for Economic Advancement suggest that the current level of nonfarm payroll employment for Arkansas will be revised downward by approximately 8 thousand jobs.