Last week, the Bureau of Labor Statistics released the latest Quarterly Census of Employment and Wages (QCEW).  This is the most detailed and accurate of all the employment measures compiled by the BLS.  Data from the QCEW are available for individual counties and industries, and are used in benchmark revisions to bring greater precision to the monthly estimates of the Current Employment Statistics.  The most recent data (for the months of 2010:Q4) show positive net employment growth for the year:  From 2009:Q4 to 2010:Q4, total employment in Arkansas increased by approximately 7,400 jobs — an increase of 0.65%. 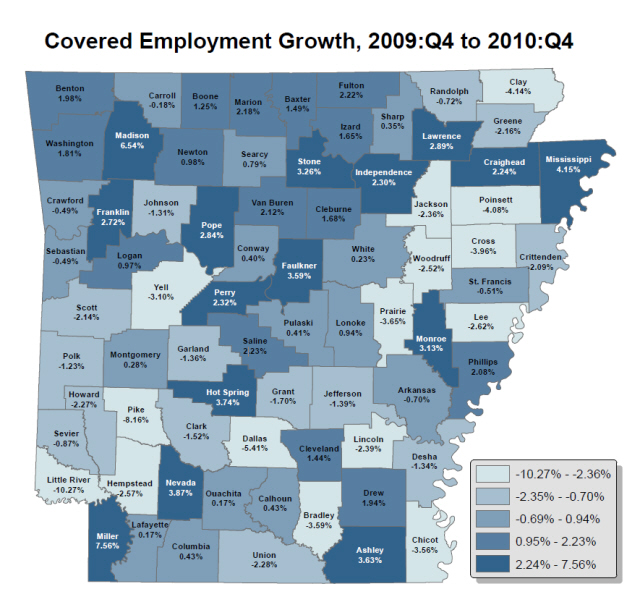 The breakdown of employment growth by industry shows that most of the employment growth during 2010 took place in the service-providing sectors.  Professional and Business services (which include temporary employment agencies) posted a growth rate of over 4%.  Education and Health services continued its robust growth (+1.4%), and Trade, Transportation, and Utilities made a significant rebound (+1.5%).  Both Financial Services and Information Services contracted over the year, but both are relatively small sectors so they did not contribute much to overall job growth. 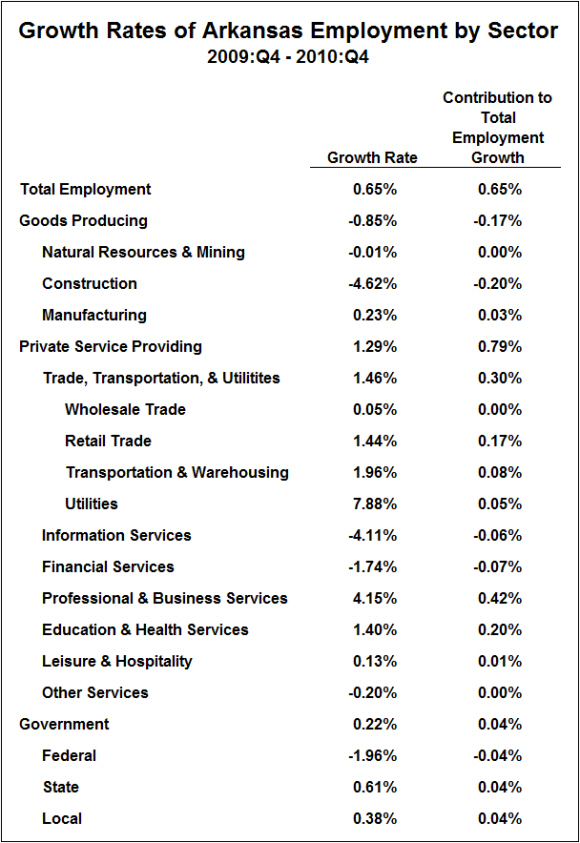 In March 2012, the monthly data from the Current Employment Statistics will be revised using information from the QCEW.   In some previous years, these benchmark revisions have been substantial.  For example, in early 2010, revised data showed a loss of more than 18,000 jobs in Arkansas that had not  been reflected in the monthly CES data for 2009 (see Forecasting a Revision of History).  The data released last week indicate that next year’s revisions are likely to be relatively small.  Our estimates indicate that the revisions will show somwhat higher employment for the first half of the year, but a downward revision to fourth-quarter data. 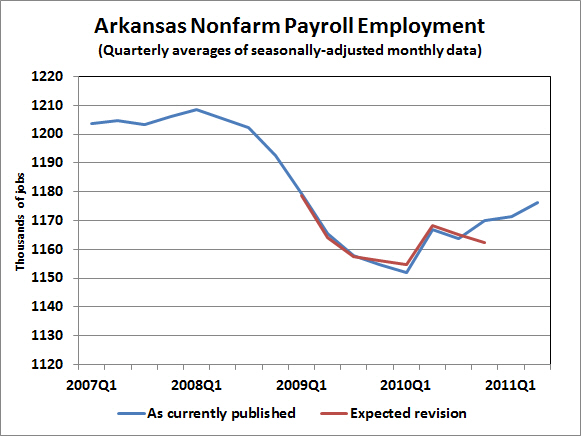