The Bureau of Labor Statistics announced this morning that unemployment rates were “lower in May than a year earlier in 274 of the 372 metropolitan areas, higher in 85, and unchanged in 13.”  Among Arkansas Metropolitan Statistical Areas (MSAs), unemployment rates were lower for only 2, with rates higher in the remainder (relative to a year earlier).   Comparing May to the previous month, seasonally adjusted data show that  the unemployment rate increased in 3 MSAs, declined in 3, and was unchanged in Hot Springs. 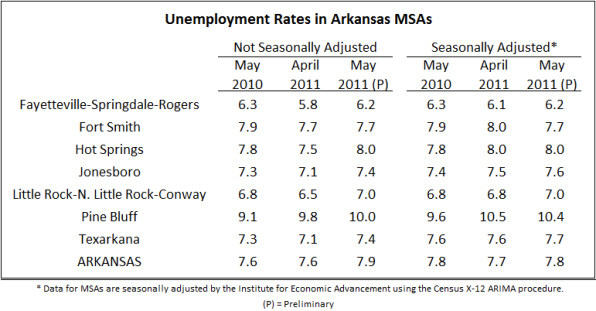