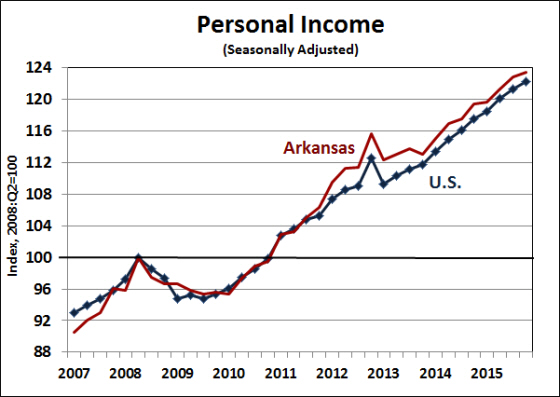 On an annual average basis, personal income rose by 3.9% in Arkansas, somewhat lower than the nationwide growth rate of 4.4%.  Arkansas’ growth rate ranked number 26 among the 50 states.

Total earnings by place of work, which excludes Dividends, Interest & Rent; and Personal Current Transfer Receipts, expanded by 3.2% in Arkansas and 4.2% for the U.S.  The table below breaks down the growth rates of earnings by industry.  Farm incomes were down in Arkansas, but declined by much less than the national average. Earnings in the mining sector were down all around the nation, reflecting low oil prices.  Earnings in durable goods manufacturing were also down slightly in Arkansas, in contrast to a 2.0% nationwide growth rate.  Areas of strength–particularly in Arkansas–included Forestry, Fishing, and Related Activities; Accommodation and Food Services; and Construction. 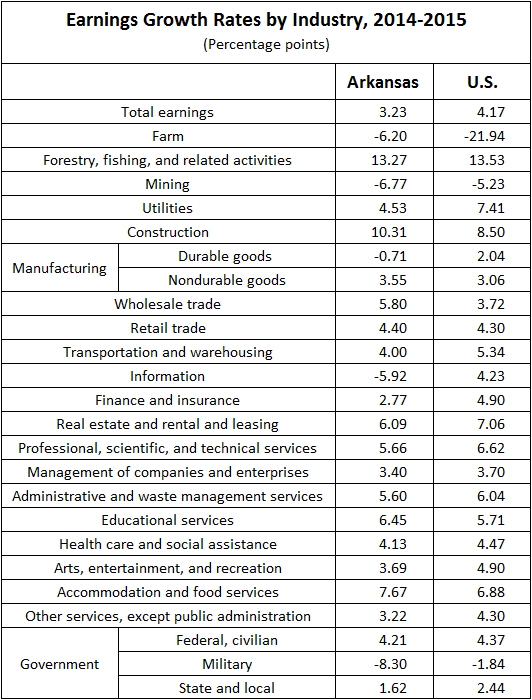 Arkansas’ per capita income in 2015 was $39,107, representing about 82% of the U.S. average of $47,669.  Arkansas ranked 41st among the 50 states in per capita personal income.  As shown in the figure below, per capita income in Arkansas was less than 80% of the U.S. average during the early stages of the economic recovery, rose to 82% during 2011 and 2012, and has remained at approximately that relative level since then. 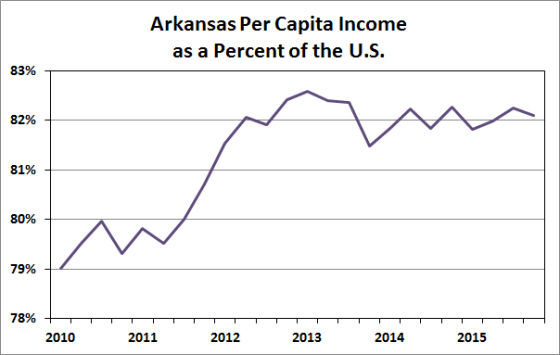