The Arkansas Realtors® Association this morning announced monthly sales figures for January 2016.  January is typically the lowest sales month of the year, so the monthly total will ultimately account for a relatively small share of total sales for the year.  Nevertheless, as shown in the figure below, January sales are often a harbinger of how the year will turn out.  In 2016, January sales of 1,831 were 9.1% higher than a year earlier. It was the highest January sales total since 2007. 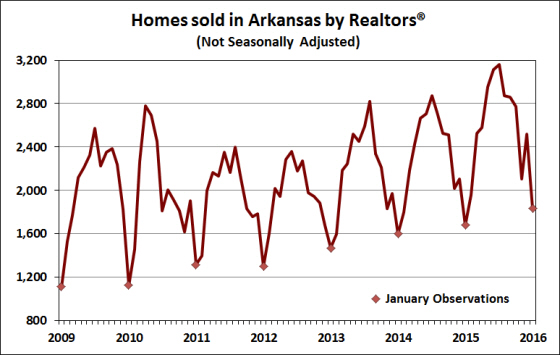 The relatively mild winter we experienced in Arkansas may have contributed to unusually strong January sales.  Seasonal factors aside, however, the January sales figure is consistent with the trend of increasing home sales that has prevailed since at least the beginning of 2013 (see figure below).  Even if seasonally adjusted monthly sales figures leveled-off at the January pace for the remainder of 2016, total sales for the year would exceed 2015 by approximately 4%. 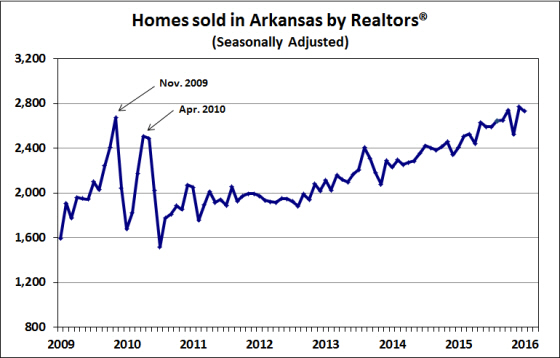