The employment and unemployment report for February was unambiguously positive.  For the second month, the unemployment rate declined by more than one-tenth of a percent:  Following a 0.3% decline in January, the rate dropped another 0.2% in February, to 4.2%.  A one-half percent decline in unemployment in Arkansas is literally unprecedented (at least going back as far as 1976). 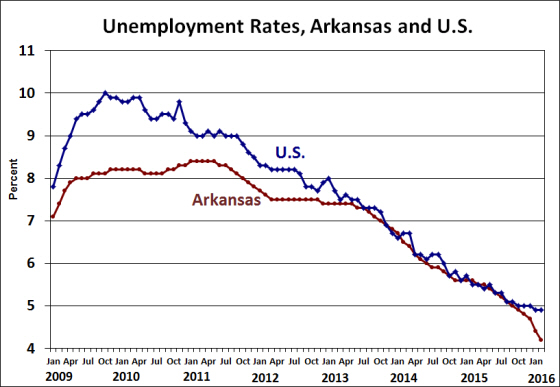 The February decline in the unemployment rate was underpinned by a significant increase in the number of employed Arkansans (+10,702) and a decline in the number of unemployed (-2,342).   The first two months of 2016 have seen some remarkable changes in these statistics, but even over a longer period, the trends are clearly positive.  Over the most recent six months, the household survey has shown employment gains averaging over 5,000 per month, and average declines in the number of unemployed by over 1,700 per month.  It is quite likely that some of the recent statistics will ultimately be revised to smooth out some of the unusually large changes, but the data clearly show encouraging trends. 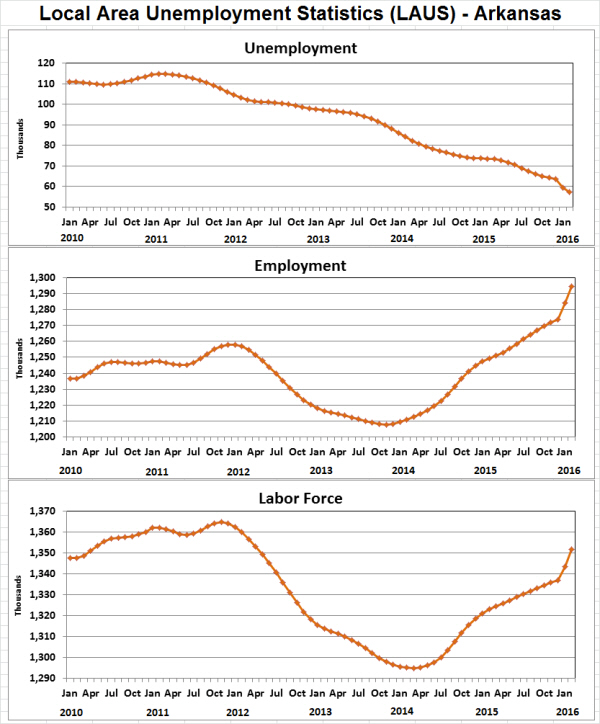 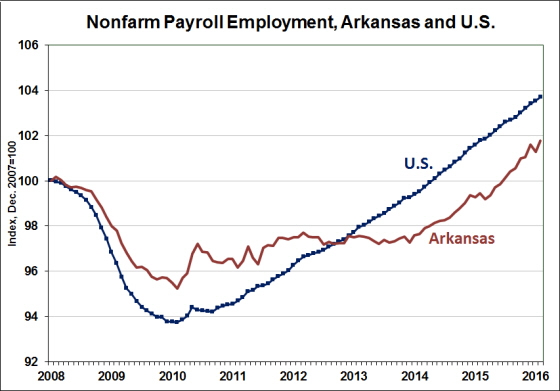 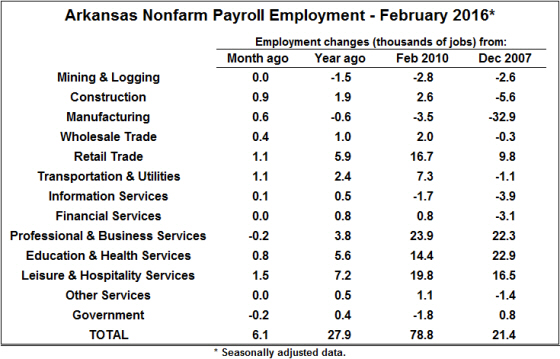 Compared to February of 2015, payroll employment has increased by 27,900 jobs–a 2.3% rate of expansion.  The only sectors to have lost jobs over that period are Mining & Logging (which has been affected by a slowdown in energy-producing activities) and Manufacturing (which has been subject to a long-term downward trend).  Employment in service sectors and in Retail Trade have accounted for the bulk of employment growth over the past year — and over the course of the entire economic expansion for that matter.  With the recent increases, statewide employment is now 21,400 higher than it was before the recession hit in 2008.