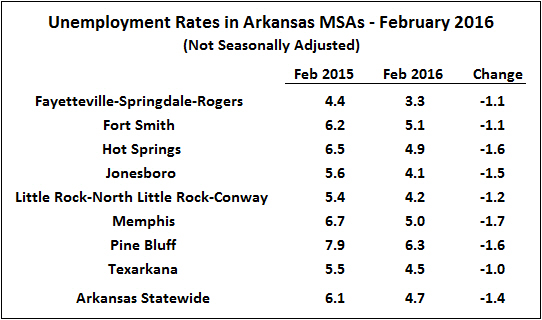 Payroll Employment:
As previously reported, statewide nonfarm payroll employment rose sharply in February, increasing by 6,100 jobs (0.5%).  Over half of that net job gain took place in Northwest Arkansas:  Employment in the Fayetteville-Springdale-Rogers metro area rose by 3,100 for the month — 1.3%.  Gains were also reported in Jonesboro, Little Rock, and Pine Bluff.  Employment was down for the month in Fort Smith, Memphis, and Texarkana.*  On a year over year basis, employment is up in all metro areas except Pine Bluff. 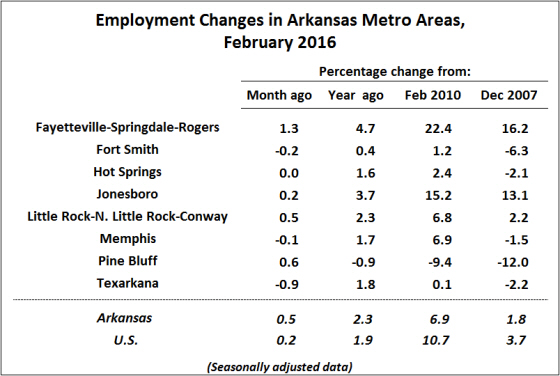 Note:  Seasonally adjusted payroll employment data for Texarkana remain temporarily unavailable from the BLS.  The data in this report were seasonally adjusted in-house at the Institute for Economic Advancement.