The  smoothed seasonally adjusted unemployment rate estimates have been updated by the BLS.  As described in a previous post,  the smoothed seasonally adjusted (SSA) estimates are processed using an algorithm that incorporates a long-run trend smoothing procedure.  Hence, the estimates show less month-to-month variability than data that produced using only seasonal adjustment techniques.

The table below shows that unemployment rates declined in all of Arkansas MSAs in January.  The largest monthly declines (-0.4 percentage points) were registered for Fayetteville, Memphis, and Pine Bluff. 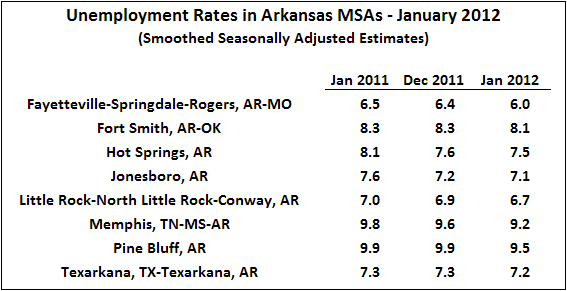 As shown in the figure below, the month-over-month declines in unemployment continue a trend that emerged in the final months of 2011.  The recent declines have largely reversed the run-up in unemployment rates that we saw during the summer months. 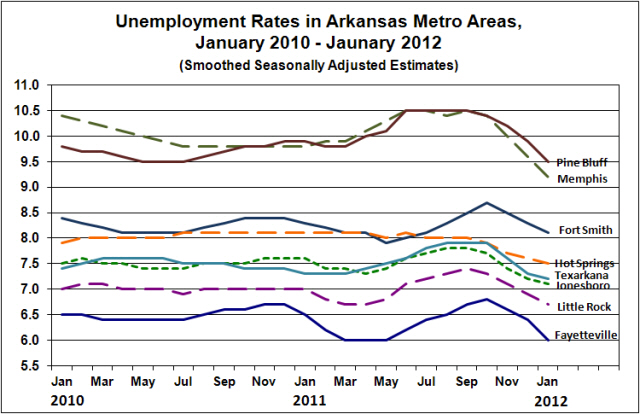