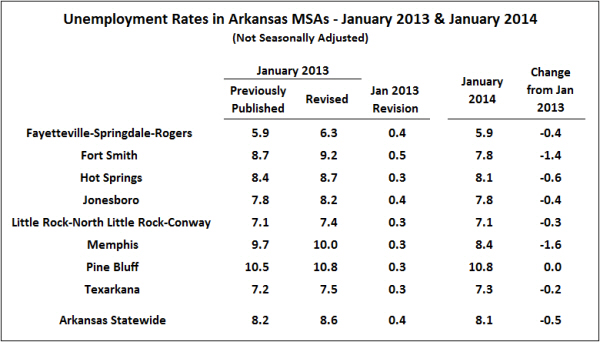 Payroll Data
In a post earlier this week, we reported on the revisions to payroll employment data for Arkansas metro areas for 2012 and 2013.  The table below shows the most recent updates to the monthly data–January 2014. 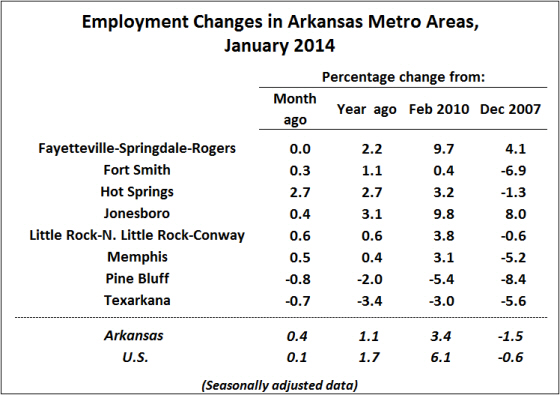 Employment increased in January in most of the state’s metro areas, with notable exceptions of Pine Bluff and Texarkana.  In both of those southern-tier metro areas, employment was down not only for the month, but down over the past year as well.  Pine Bluff and Texarkana are also the only metro areas in the state that have continued to shed jobs since the statewide employment trough of February 2010.  At the other extreme, Jonesboro and Fayetteville have both seen employment growth of nearly 10 percent since February 2010.  These two northern-most metro areas are also distinguished by the fact that they now have higher employment than at the onset of the recession.