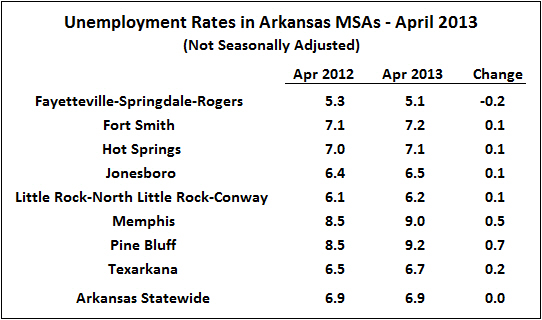 The year-over-year comparisons refer to data that are not seasonally adjusted.  For meaningful month-to-month comparisons, the BLS publishes smoothed seasonally adjusted estimates.  As shown in the table below, these estimates show that the unemployment rate was steady in Fort Smith and Jonesboro, but ticked up in the seven other metro areas that include parts of Arkansas. 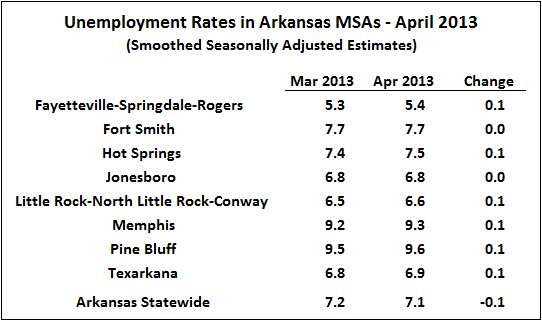 Underlying statistics from the household unemployment-rate data also showed a monthly uptick of employment in the state’s two largest metro areas, but reveal a downward trend in all of the state’s MSAs except for Fayetteville.  As illustrated in the figure below, the downturn in employment is particularly noticeable since the beginning of this year.  In Hot Springs and Texarkana, household employment is more than 2-1/2% lower than in January 2012.  The reason that unemployment rates haven’t risen in response to these employment declines is due to commensurate downward trends in labor force participation. 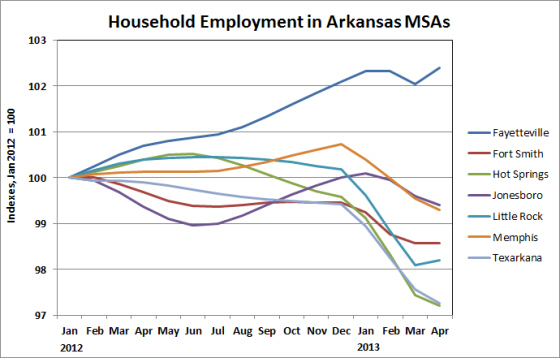 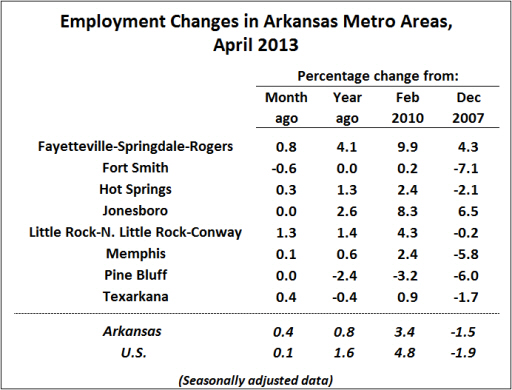 The contrast between the household and payroll employment reports is a puzzle.  Typically, the payroll reports are considered to be more accurate, but are also subject to substantial revision.  For that reason, the renewed weakness in household employment is a concerning trend that we will continue to monitor closely.