The generally upbeat statistics in the September employment report for Arkansas carried over to today’s summary of job market conditions in the state’s metro areas. 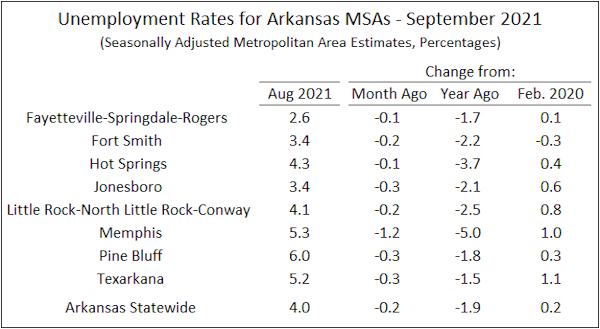 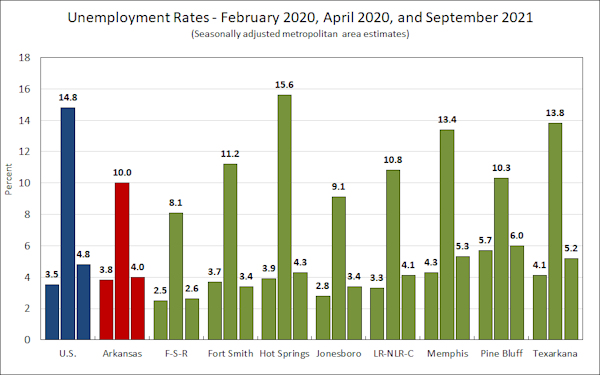 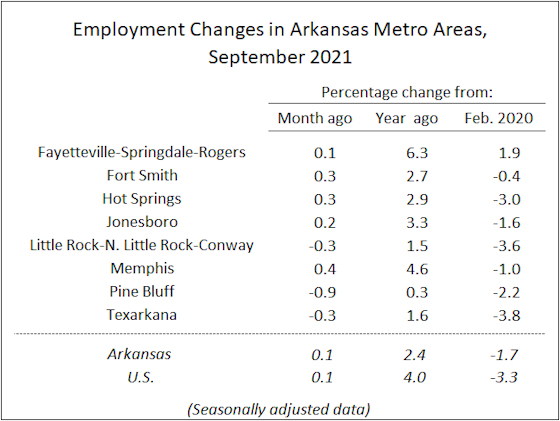 In spite of recent gains, employment totals generally remain lower than the pre-pandemic month of February 2020.  The exception is Northwest Arkansas, where employment is up 1.9%.  Fort Smith is very close to achieving pre-pandemic levels of employment, while in Hot Springs, Little Rock and Texarkana, employment remains more than 3% below that benchmark month.