The latest report on Arkansas employment and unemployment included positive news along several dimensions.  The number of unemployed and the unemployment rate declined, and both the household and payroll surveys showed increases in employment. 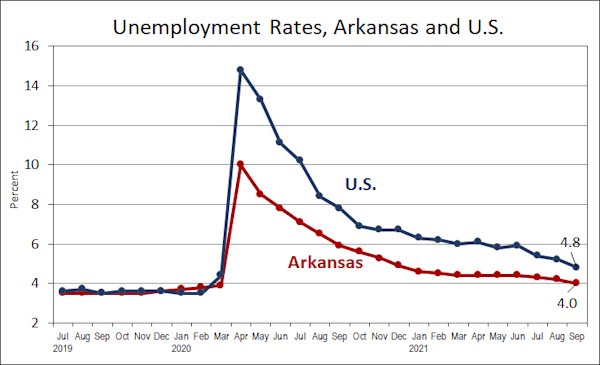 The underlying components of the unemployment rate were all going in the right direction:  The number unemployed dropped by 2,967, the largest one-month decline since January.  The number of employed was up by 3,561—the second consecutive month of employment gains over 3,000.  The labor force expanded by 594. 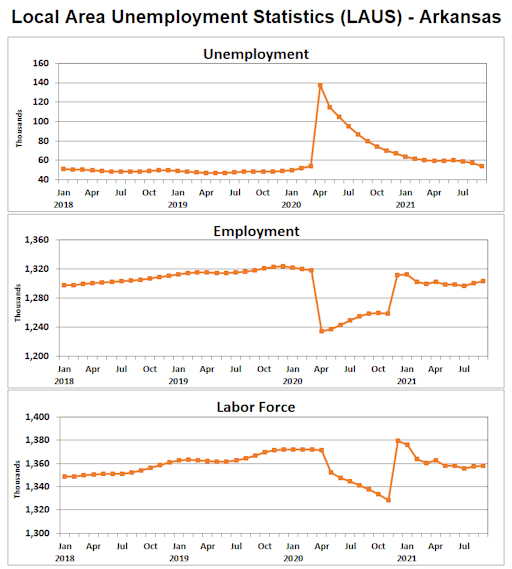 Payroll Employment
Nonfarm payroll employment also showed increases for the month.  On a not-seasonally adjusted basis, employment increased by 17,300.  However, more than 15,000 of those job gains were associated with seasonal increases at public and private educational institutions.  After seasonal adjustment, the payroll data showed a gain of 1,000 jobs.

Sectors that showed the largest declines included Education & Health Services and Government, showing that while the start school year brought the typical surge in employment, the magnitude of the increase was not as substantial as typically expected.  Key sectors showing increases in employment included Retail Trade and Transportation & Utilities.  Durable goods manufacturing was up, but employment in manufacturing of nondurables continued to slump. 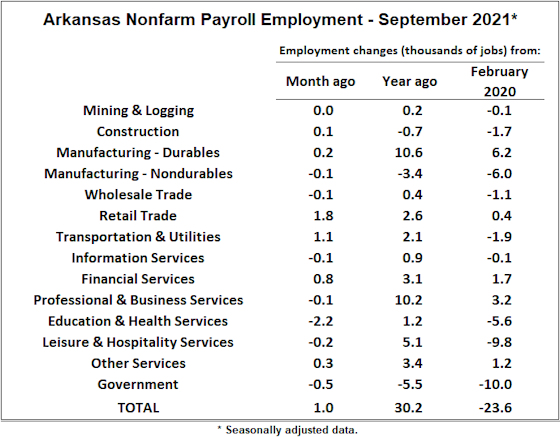 Job growth continues to show steady progress toward recovery from the COVID-19 recession, with employment gains over the past 12 months totaling 30,200 jobs.  Nevertheless, there remain 23,600 fewer jobs than just before the pandemic hit—a gap of 1.7%.  Nationwide, payroll employment remains 3.3% lower than in February 2020. 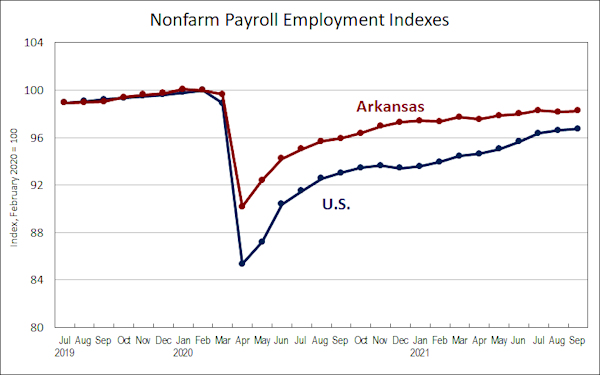