Data on metro area unemployment rates that came out earlier this week indicated that Arkansas metro areas are generally not following the improving trend seen in the nationwide data.  The news release from the Bureau of Labor Statistics noted that November unemployment rates were lower than a year earlier in 293 of the nation’s 372 metropolitan areas.  In Arkansas, only Fort Smith was included in this count.  As shown in the table below, year-over-year unemployment rate increases ranged from +0.1% in Fayetteville and Jonesboro to +1.1% in Pine Bluff.  The rate was down 0.4% in Fort Smith. 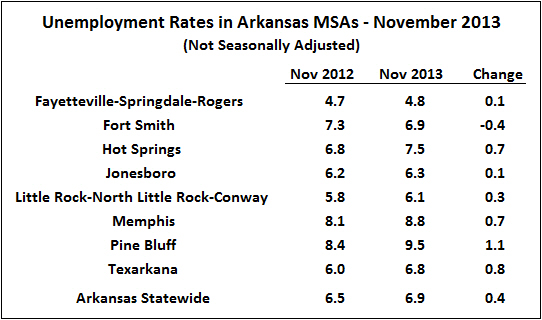 Smoothed seasonally adjusted estimates for unemployment showed monthly increases in Hot Springs, Little Rock, Memphis, and Texarkana. The unemployment rate in Fort Smith was down 0.1% from the previous month.  For the remaining metro areas (and the statewide average), unemployment was unchanged from October to November. 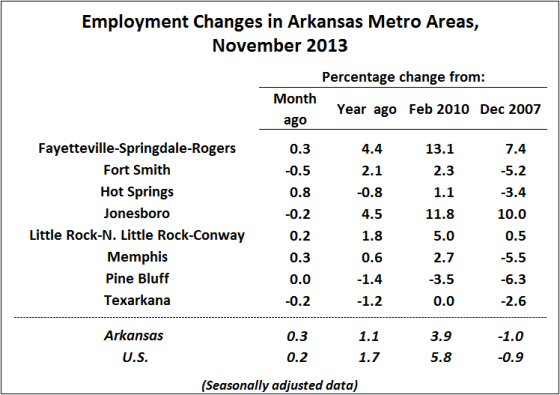