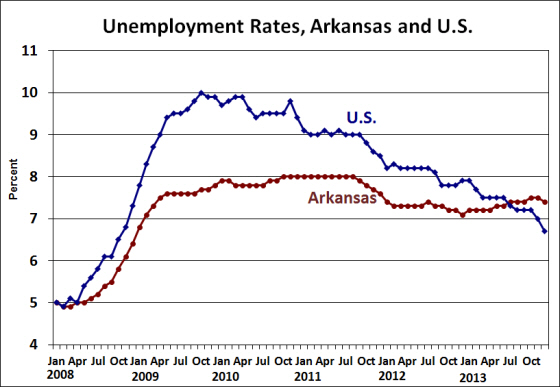 Today’s report showed that the number of employed Arkansans increased by approximately 3,200 in December, and that the number of unemployed declined by 600.  This represents the second consecutive month that the household survey has shown higher employment and lower unemployment.  As shown in the set of charts below, these changes represent a welcome change from trends in recent months. 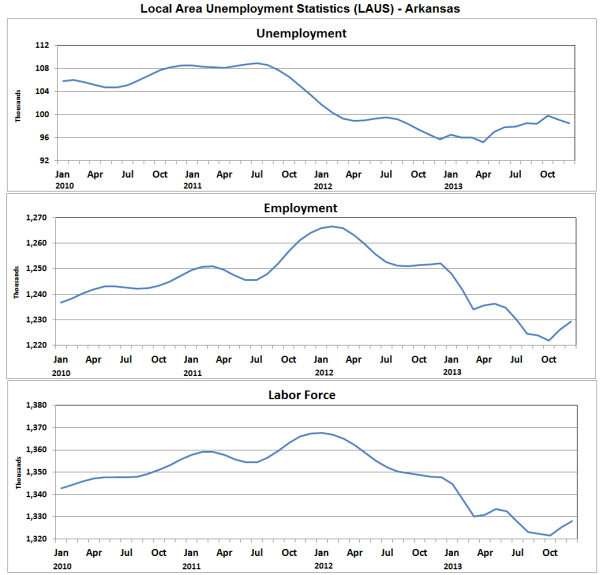 Payroll Survey
The payroll survey showed a net decline of approximately 900 jobs in Dececember.   Construction employment was down for the month, although it remained 1,400 higher than in December 2012.  Manufacturing employment showed no net change for the month.  More surprising was the weakness in service-providing sectors: Some of the sectors that have been strong performers in recent months showed net employment declines in December, including Professional and Business Services (-1,100), Education and Health Services (-100) and Leisure and Hospitality Services (-300).  On the other hand, increases were reported for both the Wholesale and Retail Trade sectors. 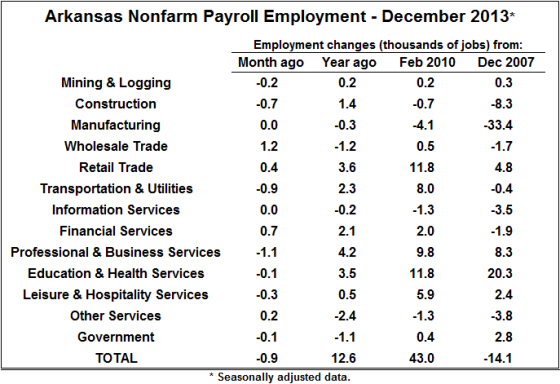 Overall, the payroll data show a net employent increase of 12,600 jobs since December 2012.  But over the same period, the household survey has shown a net decline in employment of over 22,000. This was the final report for 2013, but the data are subject to subsequent revision.  In late February the BLS will release updated estimates of household employment and unemployment, then in mid-March, the annual “benchmark revisions” for nonfarm payroll employment will be released.  As noted in previous posts, the payroll data are likely to be revised downward, but it appears unlikely that the downward revision to payroll employment estimates will be enough to bring the two surveys back into alignment.  At this point, it remains an open question as to which survey is providing more accurate readings on the state of Arkansas labor markets.  Given current data, however, neither survey is suggesting a particularly strong performance. 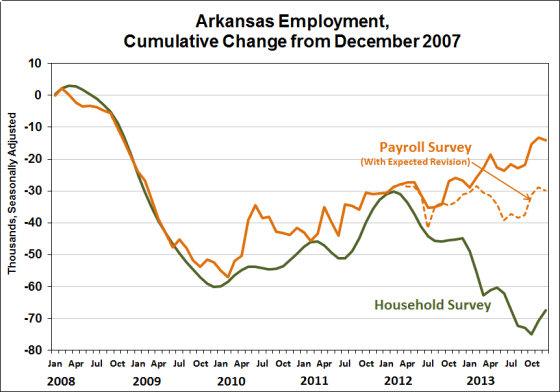