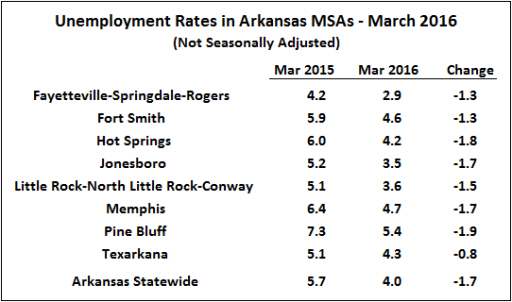 From February to March, unemployment rates continued their downward march in every Arkansas metro area except for Pine Bluff, where the rate stalled at 5.6%. 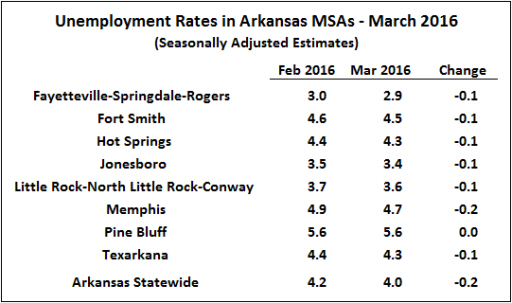 The unemployment rate changes thus far in 2016 come on top of downward revisions to the data for 2015.  As shown in the figures below, the revisions to data for 2014 and 2015 generally evened-out some of the volatility, with the revised data showing smoother, more monotonic downward paths. 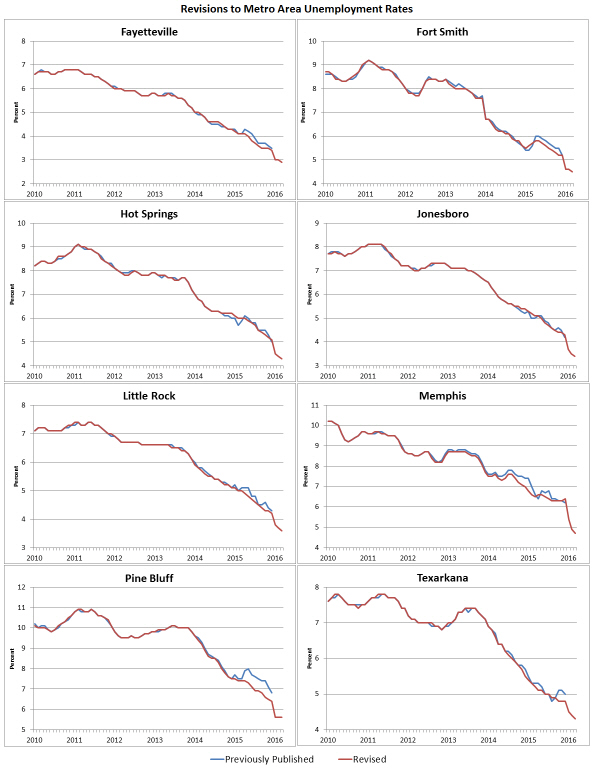 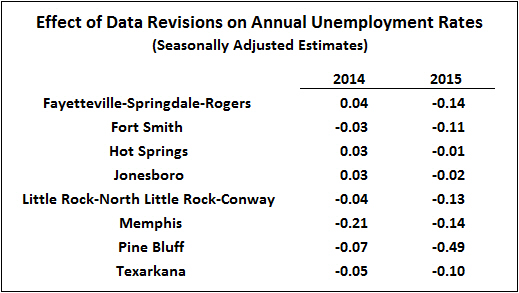 Underlying the changes in unemployment rates, data on employment and unemployment were also revised.  The chart below shows the impact of the revisions on overall employment levels (as measured in the household survey data).  As of December 2015, the revisions increased measured employment in four metro areas and decreased it in the other four.  The largest revisions to the employment data were for Pine Bluff (+5.5%) and Hot Springs (-3.4%). 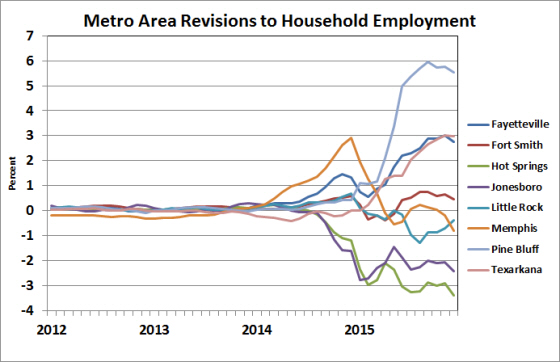 Payroll Data
Data from the independent establishment survey showed weaker employment growth than the household survey.  From February to March, payroll employment declined in 6 of 8 metro areas, rising only in Hot Springs and Jonesboro.  Compared to a year ago, employment has declined in Pine Bluff, but is higher in all other metro areas.  Fayetteville and Jonesboro have displayed the highest growth rates over the past year. 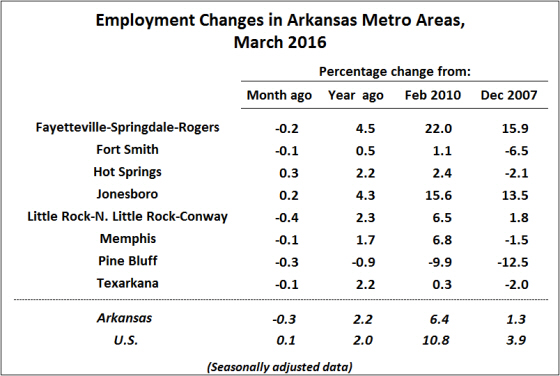