The Arkansas Realtors® Association announced this morning that home sales in March totaled 2,770 — an increase of 9.7% from March of 2015.  The latest figures extend a string of year-over-year increases that has now lasted 19 consecutive months.  The average growth rate over those 19 months has been 10.2%.  As shown in the figure below, March sales are typically part of the upswing from a slow winter season to a strong summer.  This years total for March, however, is close to peak summer month sales in 2013 and 2014. 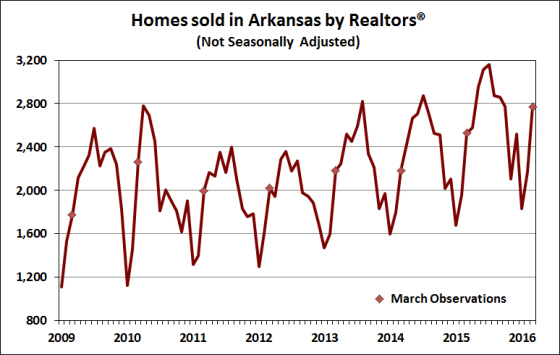 The longer-run upward trend in home sales is highlighted in the following figure, which shows seasonally adjusted sales by quarter.  The trends suggest that home sales in 2016 are likely to be close to the robust pre-recession pace.  In fact, if we extrapolate the first quarter’s seasonally adjusted sales pace through the remainder of 2016 (no further growth other than seasonal variation), home sales for the year would be around 32,640 — close to the record-high 33,896 reported in 2006.  If trend growth continues, the annual total could be even higher. 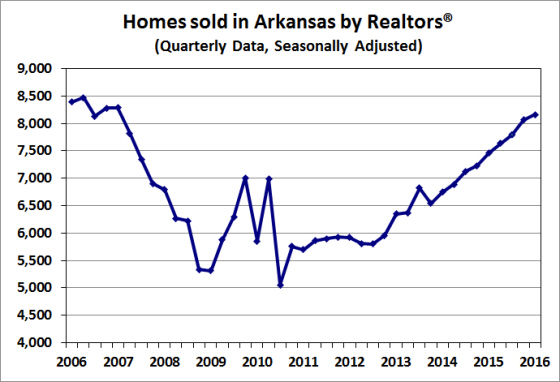