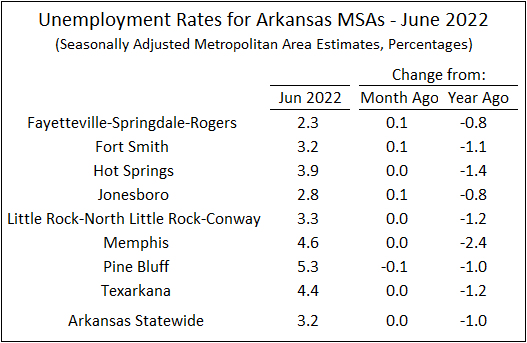 Payroll Employment
Changes in nonfarm payroll employment were mixed across metro areas.  Six of the eight metro areas saw increases in employment, with the largest gains in Pine Bluff (+1.0%)  and Jonesboro (+0.7%).  Employment in Little Rock declined by 0.4% and was down slightly in Fort Smith. 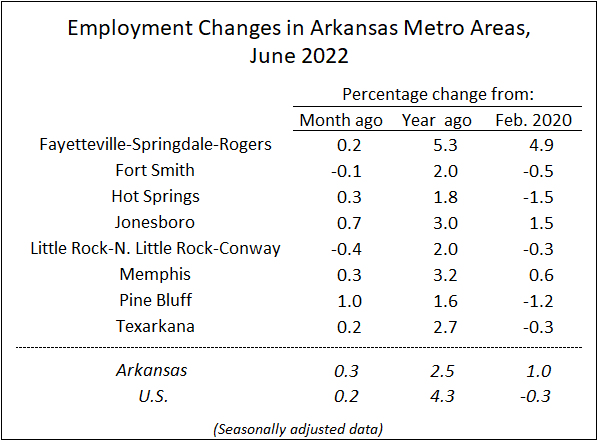 Compared to a year ago, employment growth has been relatively strong in all metro areas.  The highest growth rates have been in Fayetteville (+5.3%), Memphis (+3.2%) and Jonesboro (+3.0%)  Those three metro areas are also the only three where total employment was higher in June 2022 than it was in February 2020, just prior to the pandemic-recession.