On its surface, the latest data on Arkansas employment and unemployment might appear disappointing, but the data also point to some positive developments. 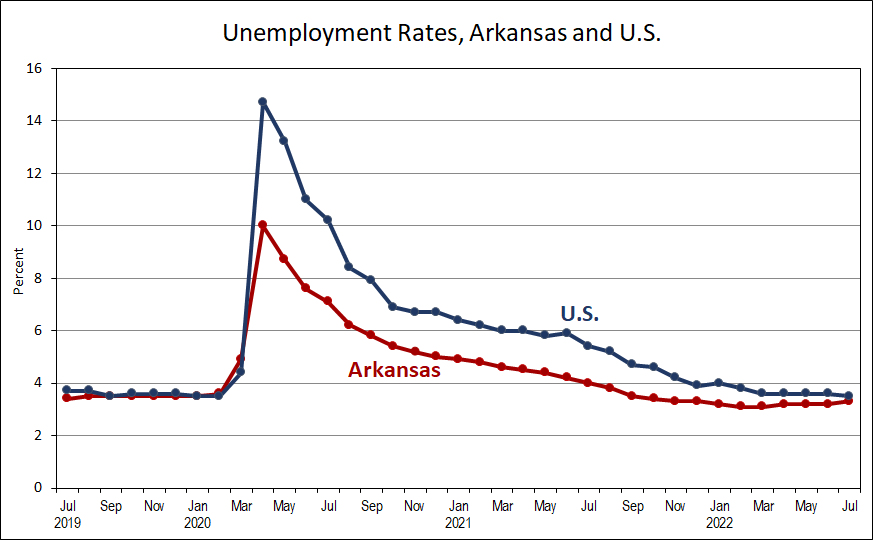 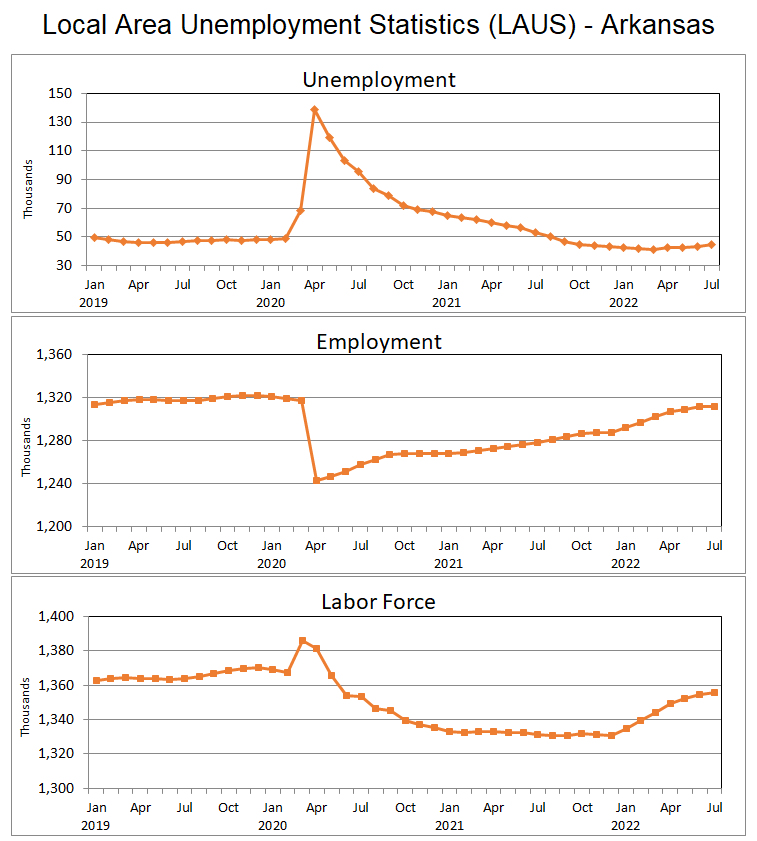 Payroll Employment
The monthly press release from the Arkansas Division of Workforce Services reported a net decline of 2,900 jobs in July.  However, that not-seasonally adjusted number includes 10,800 in government employment, primarily reflecting the summer break at public schools and universities.  Net of this sharp, but perfectly explicable and expected decline, payroll employment in other sectors showed healthy increases.

Looking at the seasonally adjusted data, Nonfarm Payroll Employment increased by 11,200 jobs, an increase of 0.9%.  The news release from the Bureau of Labor Statistics noted that Arkansas had the second-largest percentage increase of employment in the nation (Hawaii’s growth for the month was 1.3% and Missouri tied with Arkansas at 0.9%).  Increases were evident in nearly every sector, including seasonally-adjusted government employment.  Gains were particularly notable in Health Services and Leisure & Hospitality Services.  As a whole, the Trade, Transportation & Utilities super-sector gained 1,600 jobs  Goods-producing industries also added jobs in July, with increases in Construction and both Durable- and Non-Durable manufacturing sectors expanding. 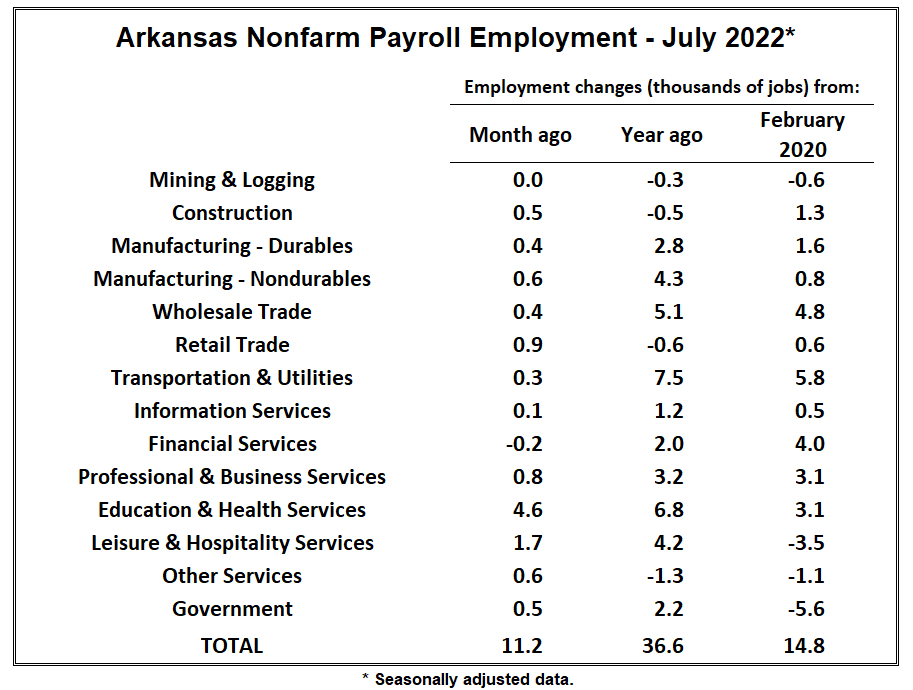 Compared to July 2021, payroll employment is up 36,600 jobs—an increase of greater than 2.8%.  Some sectors are down from their highs from the summer of 2021, including Construction and Retail Trade.  However, most sectors have shown significant growth, particularly those that continue to recover from the pandemic/recession (e.g. Leisure and Hospitality Services, Health Services and Transportation). 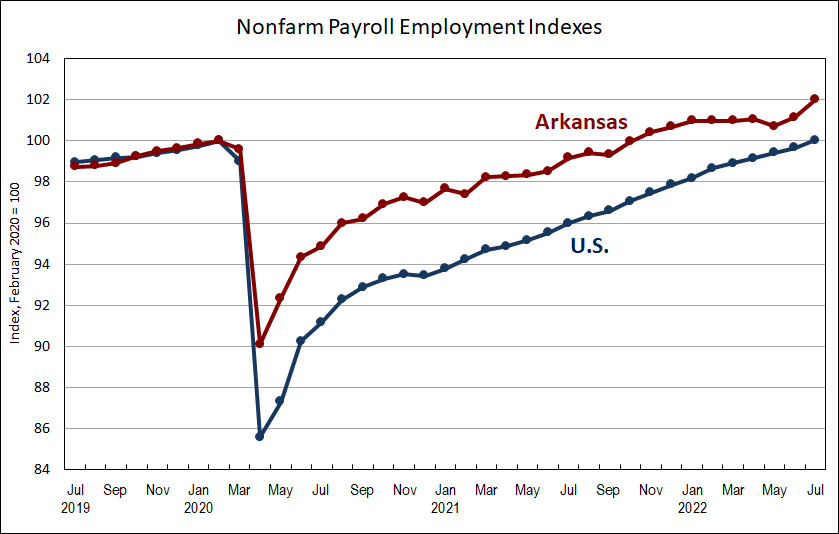