As shown in the figure and table below, unemployment rates were unchanged in Northwest Arkansas and Texarkana but were higher in the state’s other metro areas.  Hot Springs and Pine Bluff saw increases of 0.2 percentage points. 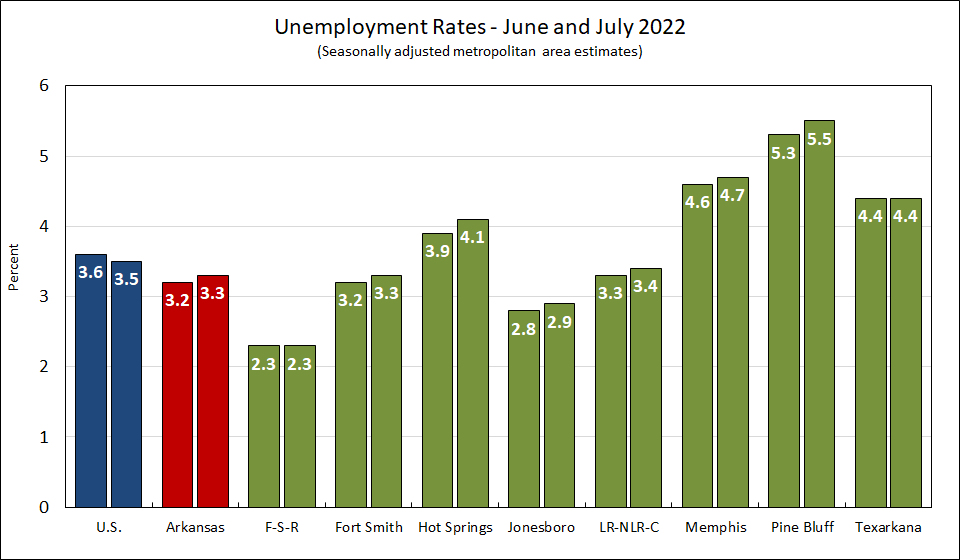 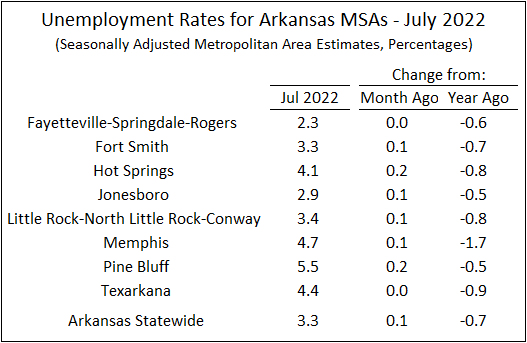 Although rates edged higher in July, they are still well below the levels of a year ago, having fallen by at least one-half of a percentage point over the past twelve months.

Payroll Employment
Nonfarm payroll employment increased sharply across the state. Hot Springs was the only exception, with payrolls unchanged for the month.  In Little Rock and Texarkana, the percentage increase for July exceeded even the unusually-large 0/9% increase reported for the state.  Compared to a year ago, employment increases range from 1.5% in Hot Springs to 5.4% in Northwest Arkansas.  With the July gains, only Hot Springs and Pine Bluff remain below pre-pandemic employment levels. 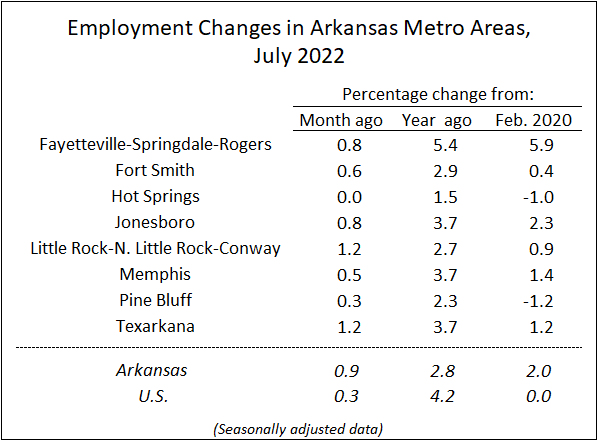 The figure below shows payroll employment trends since the start of 2020.  Interestingly, the two metro areas that remain below pre-pandemic employment levels, Hot Springs and Pine Bluff, experienced the two opposite extremes during the pandemic months:  Hot Springs was the hardest-hit in early 2020, declining by nearly 18% from February to April, while the downturn in Pine Bluff was less than 7%. 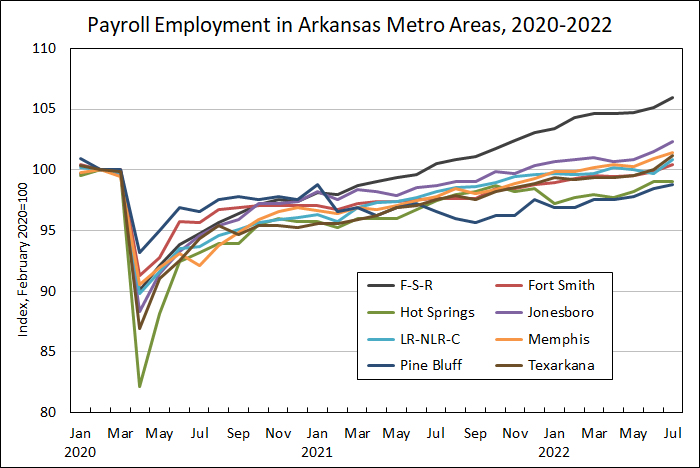