The newest reports on employment and unemployment in Arkansas indicate some signs of weakening conditions in the state’s labor markets, but payroll employment continues to expand at a healthy pace. 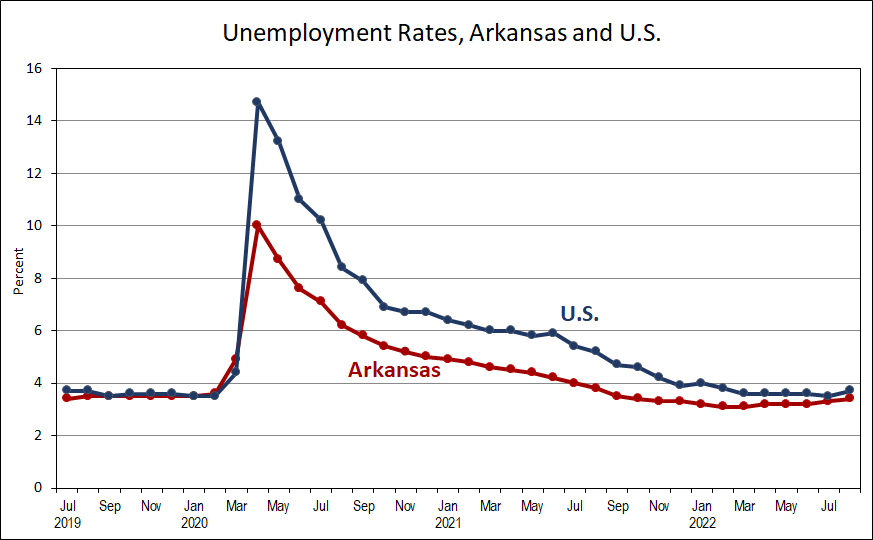 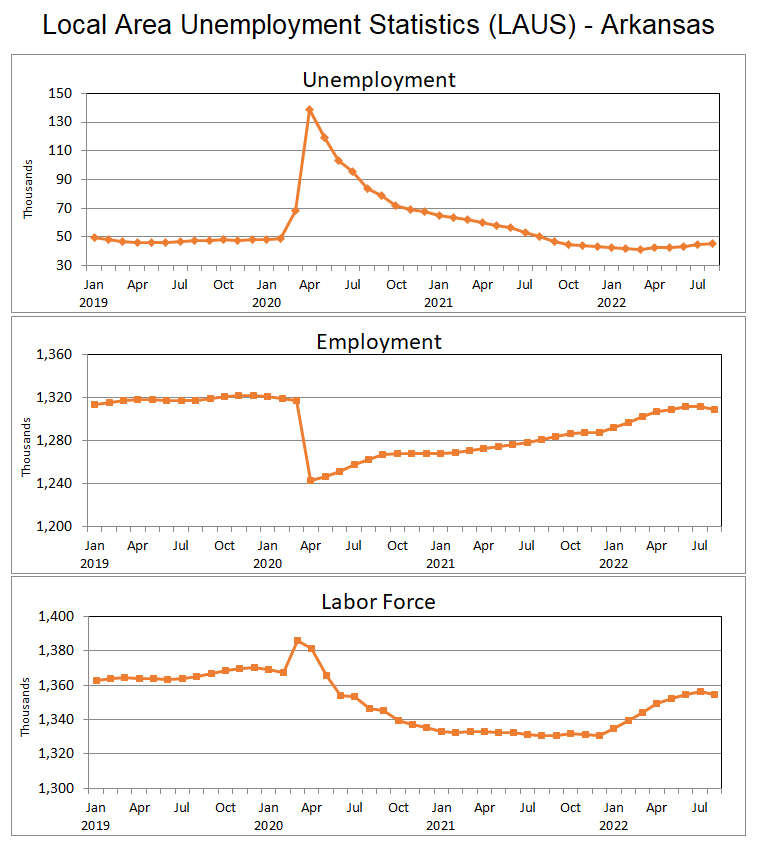 Although the overall trend in the number of employed has been increasing for over two years, the household employment series has yet to recover to pre-pandemic levels.

Employment growth in service-providing sectors was generally strong in August; however, there were job losses in Construction, as well as in the Trade, Transportation and Utilities super-sector.  Job gains were particularly strong in some of the sectors that have struggled to recover from the pandemic-recession, including Leisure and Hospitality Services (+1,100 jobs) and Other Services (+1,500 jobs). 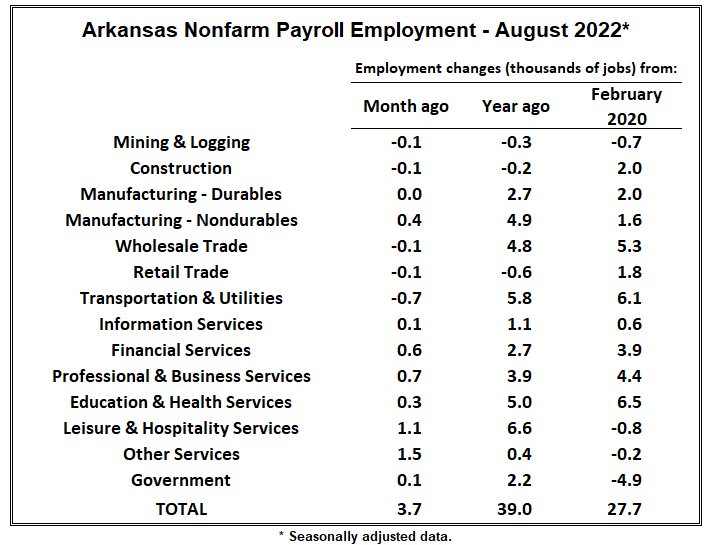 Compared to a year ago, payroll employment is up 39,000 or 3.0%.the only sectors that have contracted over the past year are Mining & Logging, Construction, and Retail Trade.  Relative to the business-cycle peak of February 2020, most sectors have shown net increases, with the exceptions of Leisure and Hospitality Services and Other Services.  Government employment is still down significantly from pre-pandemic levels, primarily reflecting employment in public schools, colleges and universities.

Todays JOLTS report noted that Arkansas was among the states with the largest decline in job openings for the month (both in terms of numbers and rates).  As a result, the number of job openings per unemployed worker fell below 2.0 for the first time this year. 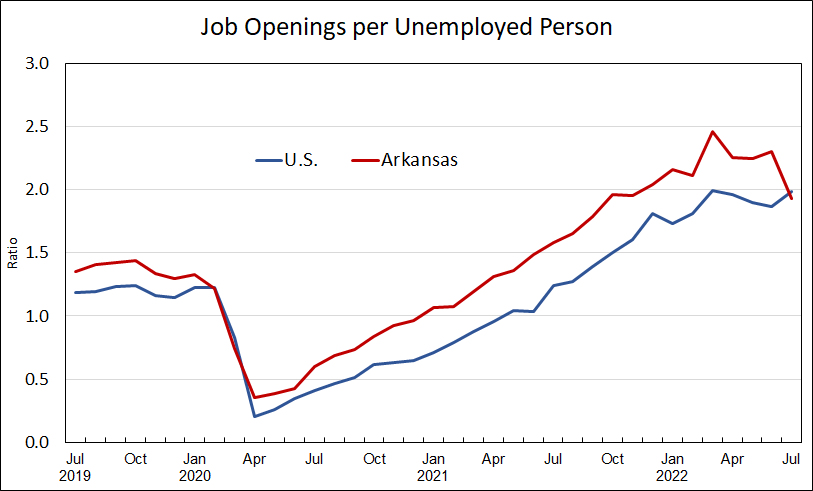 The JOLTS report also cited Arkansas as one of the states that showed a statistically significant decline in job separations, with the Separation Rate falling from 4.7% of the total number employed to 4.1%. The decline in separations was concentrated in the Quits Rate, which fell from 3.5% to 3.0%. Although the month-to-month decline in quits was statistically significant, the trend remains high, consistent with an ongoing process of labor market churning that has come to be known as “the great resignation.”  The Quits Rate for Arkansas remains well above the national average. 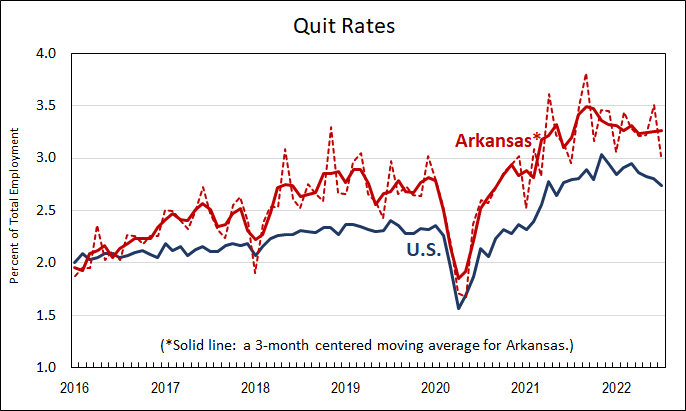 The decline in Job Openings, Quits, and overall Separations indicate some narrowing of the gap between job openings and available workers, and also suggest that the labor force might be settling into a more stable expansion path.