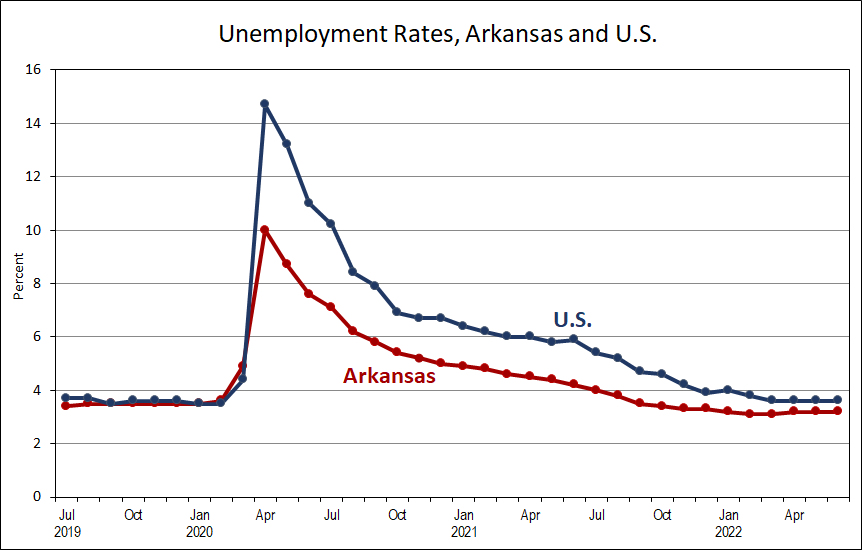 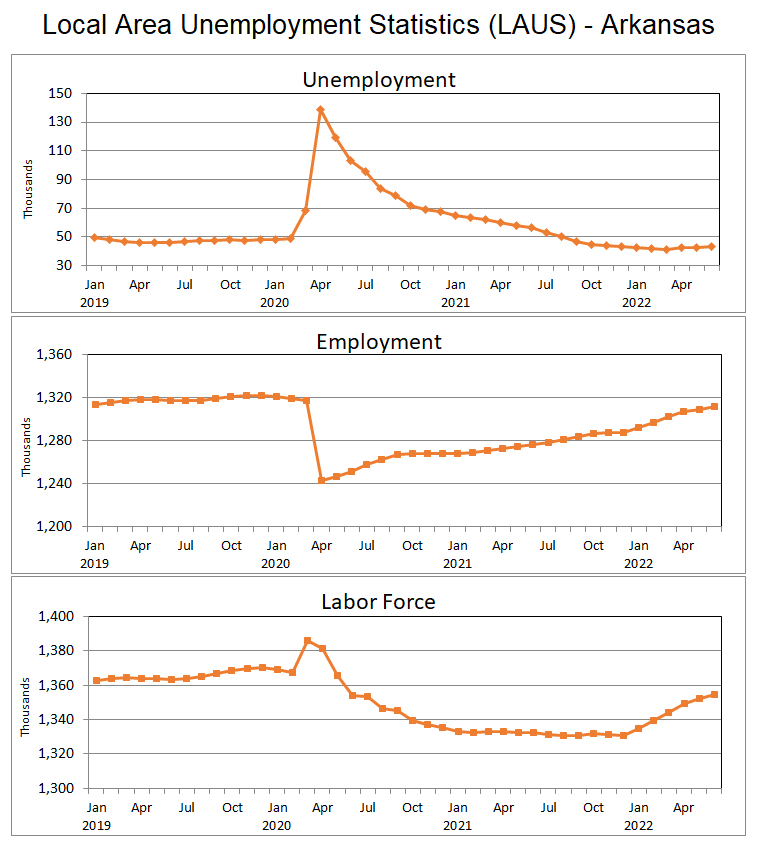 Payroll Employment
Nonfarm payroll employment increased by 4,100 in June, recovering from a downwardly revised decline of 4,400 in the previous month (seasonally adjusted data).  Solid job-growth was seen throughout the goods-producing sector and in Trade, Transportation and Utilities.  The only sectors where employment declined in June was Professional and Business Services, Leisure and Hospitality Services, Other Services and Government.  The decline in Government employment was concentrated in the state and local government, associated with employment in education.  The Department of Workforce Services also cited declines in temporary workers at schools as contributing to the decline in the Administrative & Support Services component of Professional and Business Services. 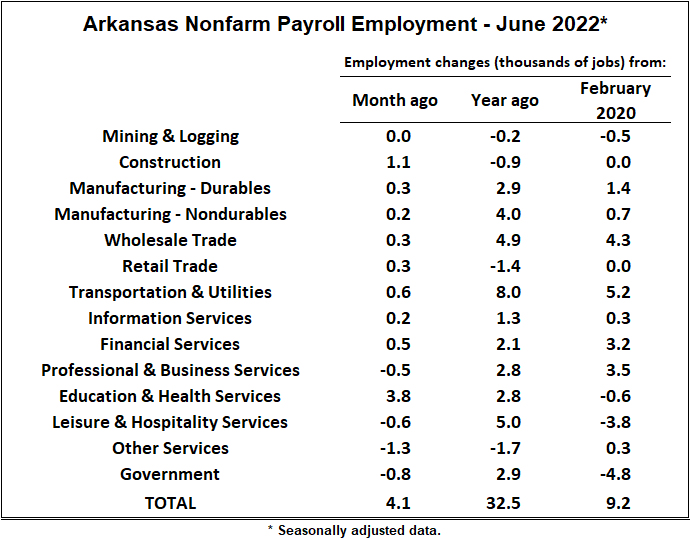 Construction employment increased by 1,100 jobs, but remains slightly below the level of a year ago.  Retail Trade, Government Services,and Mining & Logging are also down from June 2021.  Total employment over the past 12 months has increased by 32,500, representing an increase of 2.5%.  Gains have been small in recent months, however.  The cumulative increase in employment since January has been only 500 jobs.  Compared to the business-cycle peak of February 2020, Arkansas employment is up by 9,200 (1.0%).  A comparable calculation for the United States shows that the nation has yet to recover to pre-pandemic levels, remaining 0.3% below the employment total of February 2020. 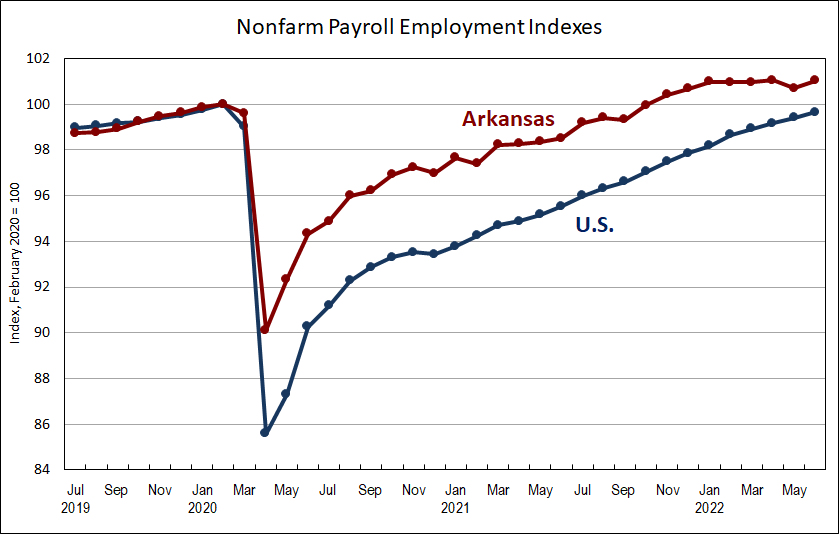