Metro Area Employment and Unemployment – May 2022 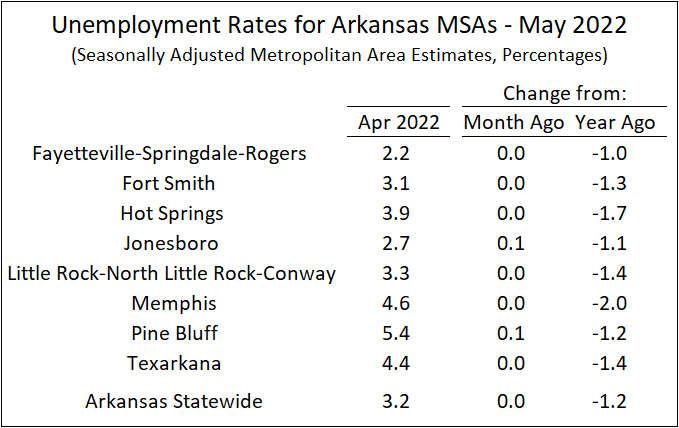 A comparison across metro areas shows that relative unemployment rates have returned to a pattern similar to before the pandemic/recession.  Comparing May 2022 with May 2019, the relative ranking of unemployment rate is essentially unchanged, with lower rates today in Northwest Arkansas, Fort Smith and Jonesboro.  In the remaining metro areas, unemployment rates are slightly higher than they were three years ago. 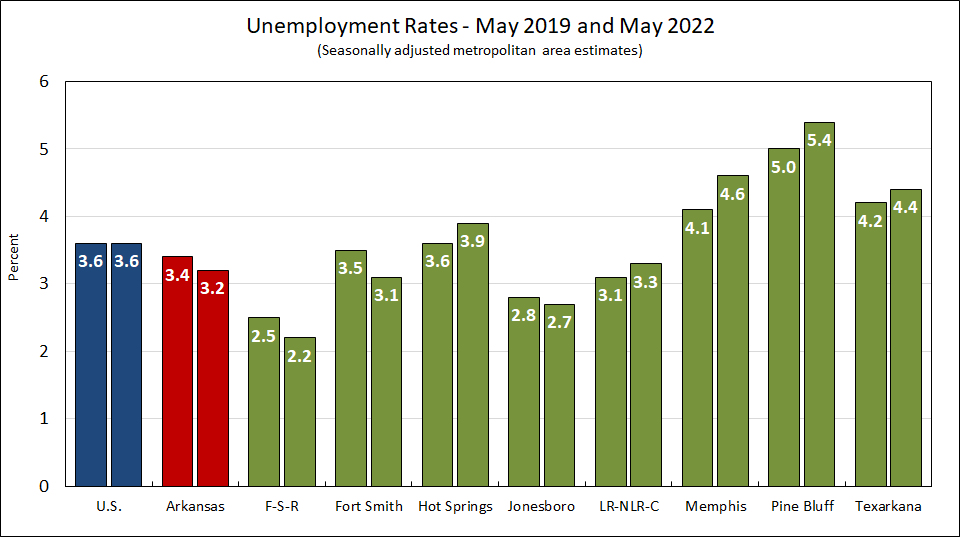 County Unemployment Rates
A comparison of unemployment rates across counties for May 2022 indicates that the relative rates across regions of the state have similarly returned to a pattern reminiscent of before the pandemic/recession.  Rates are lowest in the north and west, with Benton and Washington Counties having the lowest rates in the state, 2.2%.  The highest unemployment rates are in the south and east, where Chicot County has the statewide high of 7.4% and Ashley, Mississippi, and Phillips Counties all having unemployment rates of at least 6%.

As is the case with comparisons across metro areas, the counties with the highest unemployment rates also tend to be those where rates are higher than before the pandemic/recession.  Unemployment rates in May 2022 exceeded rates of May 2019 by more than a full percentage point in Ashley, Desha, Mississippi, and Phillips Counties.

Metro Payroll Employment
On the nonfarm payroll side of the employment report there was somewhat more variation among metro areas.  Hot Springs, Jonesboro and Pine Bluff showed monthly increases of at least 0.5%.  Employment was up slightly in Little Rock, down somewhat in Memphis and Texarkana, and unchanged in Fayetteville and Fort Smith.  All metro areas have shown solid growth over the most recent 12 months, with growth rates ranging from 1.3% in Pine Bluff to 5.3% in Northwest Arkansas. 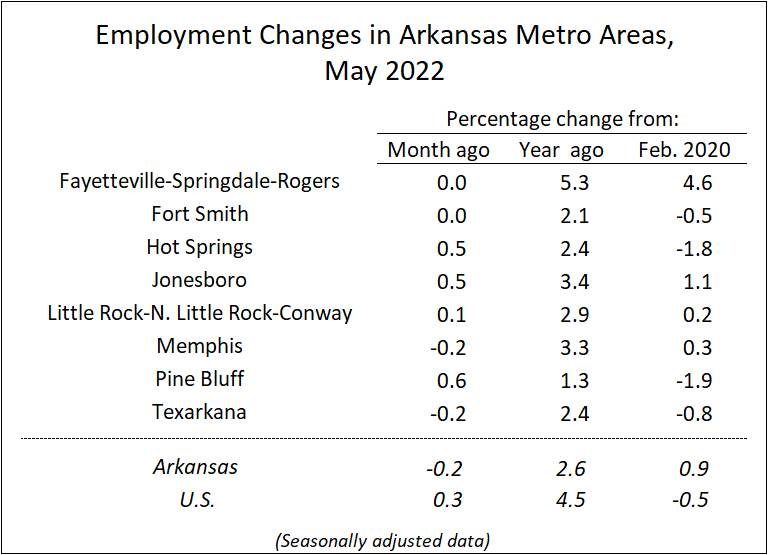 Relative to the cyclical peak of February 2020, employment has not yet returned to pre-pandemic levels in Fort Smith, Hot Springs, Pine Bluff and Texarkana.