Unemployment rates in Arkansas’ metro areas generally continued to trend lower in June, with monthly declines in Fayetteville, Jonesboro, Little Rock and Texarkana.  Unemployment was unchanged in Fort Smith, Hot Springs and Pine Bluff, while Memphis was the only metro area showing a slight increase for the month. 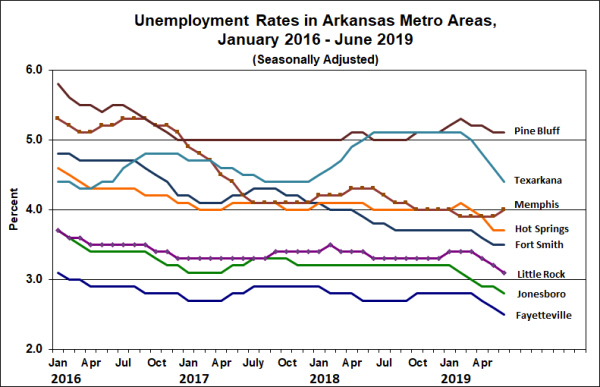 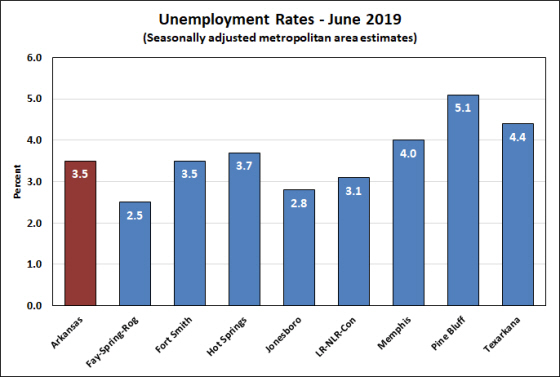 Payroll Employment
Nonfarm payroll employment was higher in most of the state’s metro areas, with particularly large monthly increases in Fayetteville and Jonesboro.  Two metro areas—Hot Springs and Texarkana—saw declines for the month, but both remain higher than a year earlier.   Pine Bluff is the only metro area to see zero job growth over the most recent 12 months, and it is also the only area to have experienced job losses since the current trend of statewide employment growth began in early 2014. 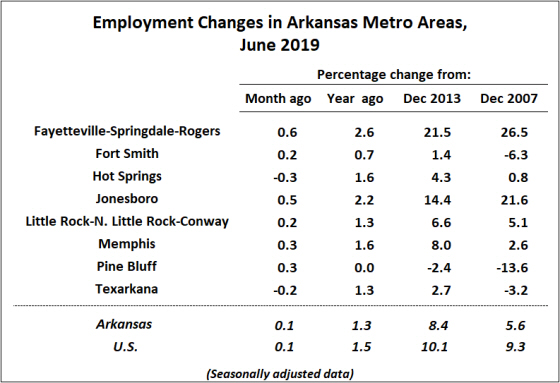 Since the onset of the “great recession” at the end of 2007, cumulative employment growth has varied markedly across the state.  Employment in Fayetteville and Jonesboro has climbed by over 20%.  In Little Rock, Memphis and Hot Springs, cumulative growth has been modest but positive.  On the other hand, employment in Texarkana, Fort Smith and Pine Bluff all remain well below their levels in 2007.  In Pine Bluff, the cumulative decline is over 13%. 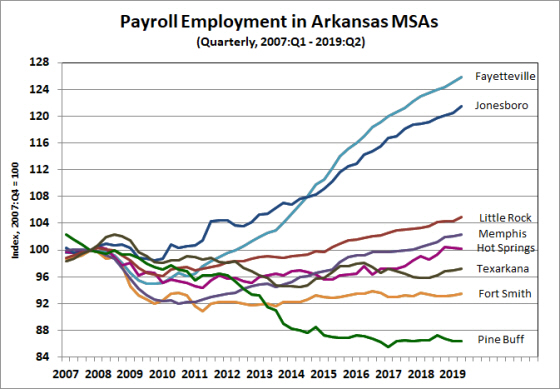