New data from the Bureau of Economic Analysis shows Arkansas GDP growth of 2.5% for the first quarter (seasonally adjusted annual rate).  This was the highest quarterly growth rate for Arkansas since 2016:Q4.  While this represents solid growth, it fell short of the national growth rate of 3.1% in the first quarter.  Today’s report on GDP by state showed growth rates ranging from a low of 1.2% in Hawaii to a high of 5.2% in West Virginia.  Arkansas’ growth rate ranked it number 38 among the 50 states. 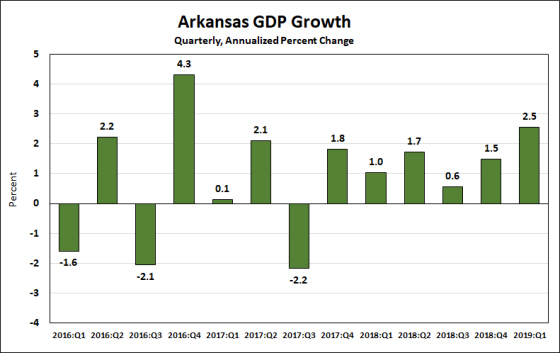 Over the most recent four quarters, Arkansas GDP growth has grown 1.6%, compared to 3.2% nationwide. 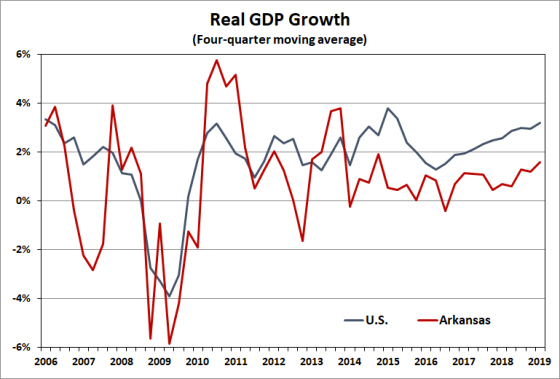 As detailed in the table below, Arkansas’ growth rate was adversely affected by a sharp decline in Agriculture, which subtracted 0.65% from the state’s overall economic growth.  Positive contributors to the Arkansas growth rate included Manufacturing (of both durable goods and nondurable goods), Retail Trade and Health Care. 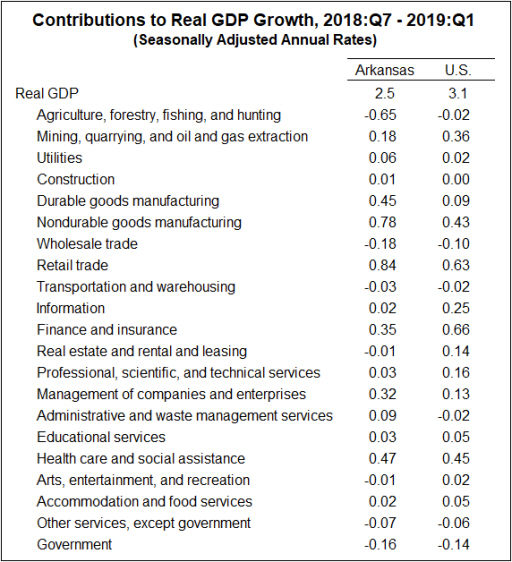 Today’s data release contained no revisions of past data.  The next GDP update is scheduled for November 7, 2019, at which time revised data for 2014:Q1 through 2019:Q1 will be released.