Arkansas’ unemployment rate declined by 0.1% in June, reaching an all-time low of 3.5%.  Meanwhile, the national unemployment rate ticked up 0.1% to 3.7%. The difference between the two rates remains statistically insignificant. 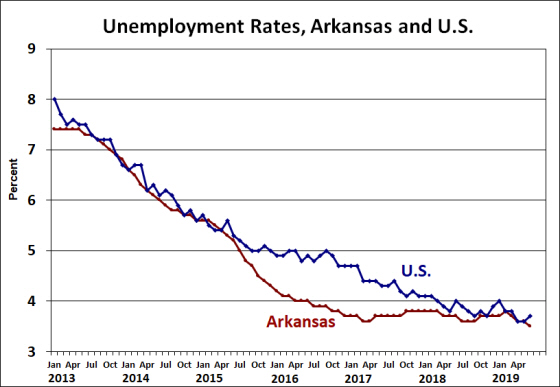 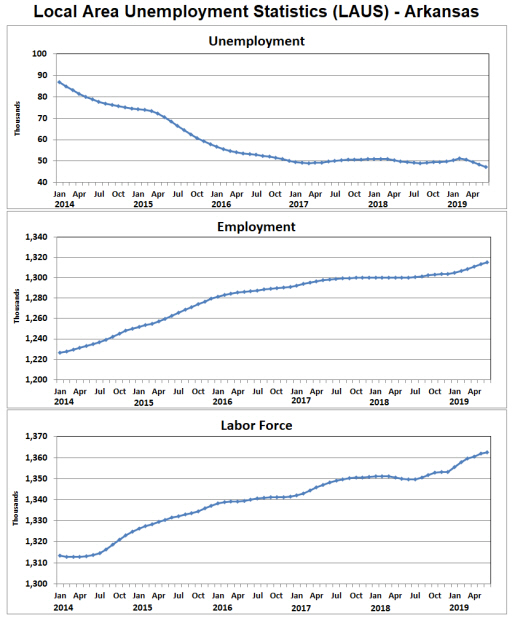 Payroll Employment
Arkansas nonfarm payrolls expanded by 1,400 in June (seasonally adjusted).  The not-seasonally adjusted figures released by the Arkansas Department of Workforce Services showed a decline of over 5,000 jobs, but those losses were concentrated in sectors where summertime cutbacks are ordinary and expected.  In particular, declines in Education Services and State and Local government were associated with summer break at schools and universities.  After adjusting for these seasonal factors, small declines were recorded in only a handful of sectors and were offset by gains elsewhere.  One sector showing particular strength was Leisure and Hospitality services, particularly in the area of Accommodation and Food Services.  This sector typically expands during the summer months, but last month’s growth exceeded the usual seasonal patterns.  Over the past 12 months, the Leisure and Hospitality supersector has been the largest single contributor to Arkansas’ job growth, adding nearly 5,000 of the 16,100 total net increase in payroll employment. 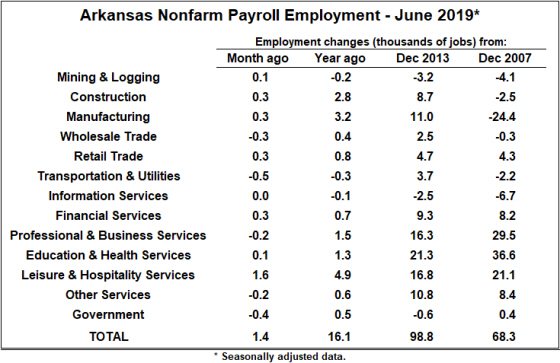