New data from the Bureau of Labor Statistics show that unemployment rates in Arkansas metro areas are all down from a year ago, but the pace of decline has slowed.  On a year-over-year basis, the state-wide not-seasonally adjusted unemployment rate has fallen by 0.6%.  In six of the eight metro areas that include parts of Arkansas, rates have fallen by more than that. 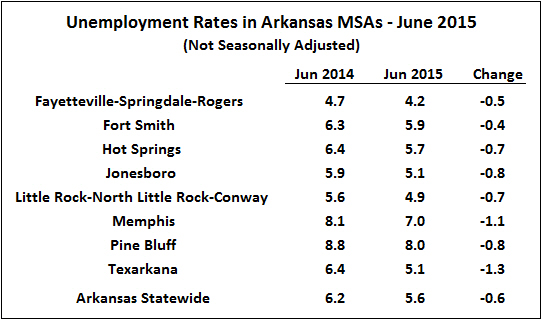 On a month-to-month basis, seasonally-adjusted metropolitan area estimates show the unemployment declining in all eight metro areas in June.  In six of the eight metro areas, the June decline was larger than the 0.1% drop in the statewide data.  Unemployment rates are now at 5% or lower in four of the state’s metro areas. 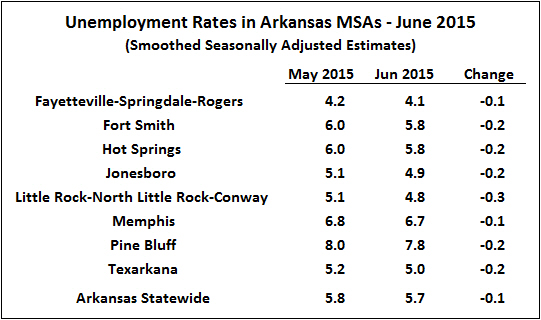 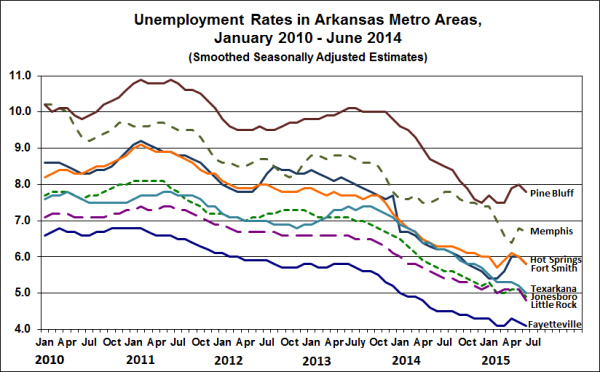 Payroll Employment
Nonfarm payroll employment rose in June for six of the eight metro areas, but was down in Fort Smith and Pine Bluff.  Those two metro areas are also the only two that have experienced declines over the past 12 months as well.  According to the report from the Bureau of Labor Statistics, Pine Bluff retains the dubious distinction of having the largest percentage decline in employment nationwide.  On a more positive note, a 1.3% employment increase in Hot Springs made that metro area the fourth in the state to break the barrier of having higher employment now than before the 2008-09 recession. 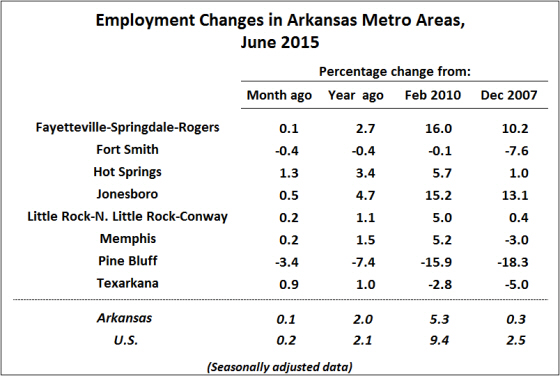 The figure below illustrates the wide range of payroll employment growth since the onset of the recession (smoothed, by taking quarterly averages of the monthly figures).  In Jonesboro, employment is nearly 13% higher than it was in the fourth quarter of 2007.  At the other extreme, employment in Pine Bluff has fallen by more than 16% over the same period. 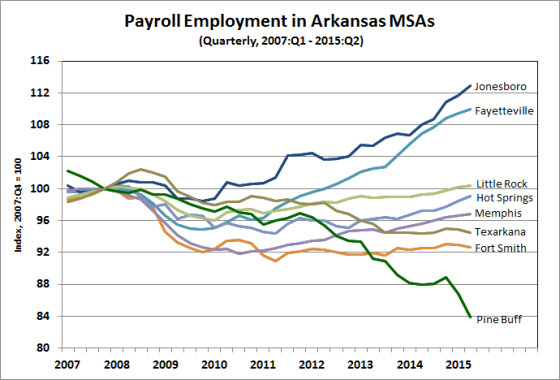