The Arkansas RealtorsÂ® Association announced this morning that home sales in June totaled 3,113, an increase of 15.0% from the previous year, and the highest single-month sales total since May 2007.Â  The June increase brings the year-to-date total for 2015 to 14,716, 8.5% higher than the January-June total for 2014. 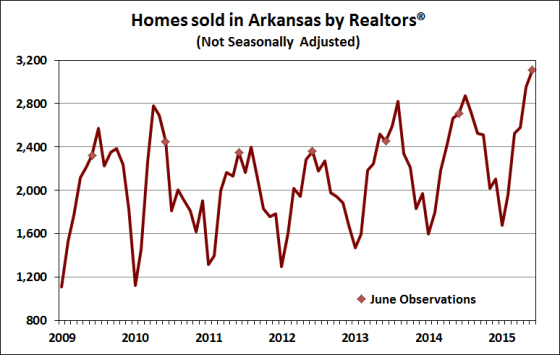 After seasonally adjusting the data and aggregating to quarterly totals, the upward trend over the past three years is clear — shown in the figure below.Â  The second quarter of 2015 represents the third consecutive quarter for which year-over-year growth rates have exceeded 10%.Â  The data from the first half of 2015 suggest that home sales are on track to finish the year with an annual increase of nearly 10%, as we forecasted last October. 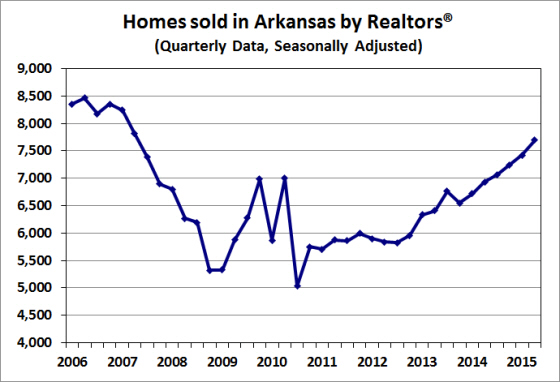 Arkansas Economic Outlook (March)
“It appears that a dramatic downturn in economic activity over the remainder of 2020 is unavoidable for the nation and for Arkansas.”Â  Read more…