The latest report on unemployment rates in metropolitan areas includes partially revised estimates.  Data were revised back to 2014, but the full set of revised figures will not be available until April 19th.  Meanwhile, the figure below illustrates the effect of the revisions on estimates of unemployment rates for December 2018.  Rates were unchanged for Fayetteville, Little Rock, Memphis and Texarkana, while other metro areas saw slight downward revisions. 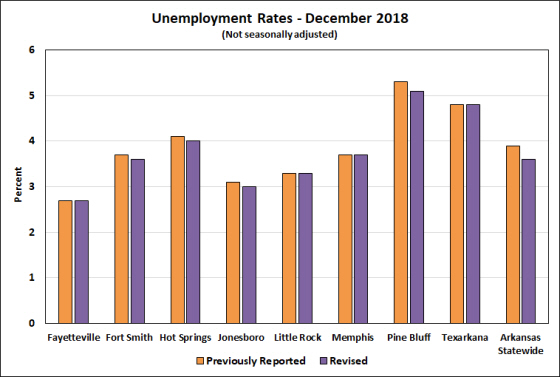 Preliminary data for January show that rates were generally little changed from the previous year, with the exception of Pine Bluff and Texarkana which both saw increases of 0.7 percentage points over the course of 2018.  Relative rankings of unemployment rates among metro areas has been holding steady with Fayetteville, Jonesboro and Little Rock registering rates below the statewide average and with Pine Bluff and Texarkana significantly above the statewide average. 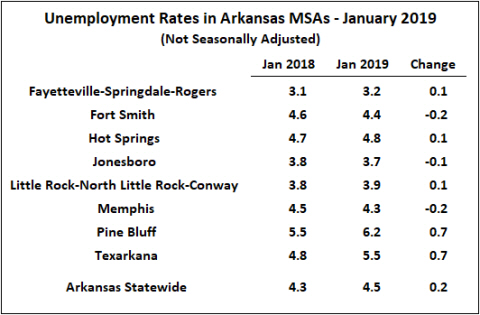 Payroll Employment
Data on nonfarm payroll employment for metro areas was also revised this week, with some of the revisions substantial.  As detailed in the table and figure below, employment levels were revised downward for the fastest-growing metro areas in the state:  Fayetteville, Jonesboro, Little Rock, and Memphis.  Employment in Texarkana was also adjusted lower.  In each of these cases employment growth over the past two years was also revised downward.  Meanwhile the levels and growth rates of employment were revised higher for Fort Smith, Hot Springs and Pine Bluff.  For Pine Bluff, the revisions changed the two year growth from negative to positive. 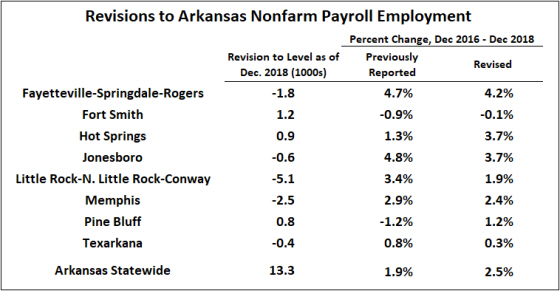 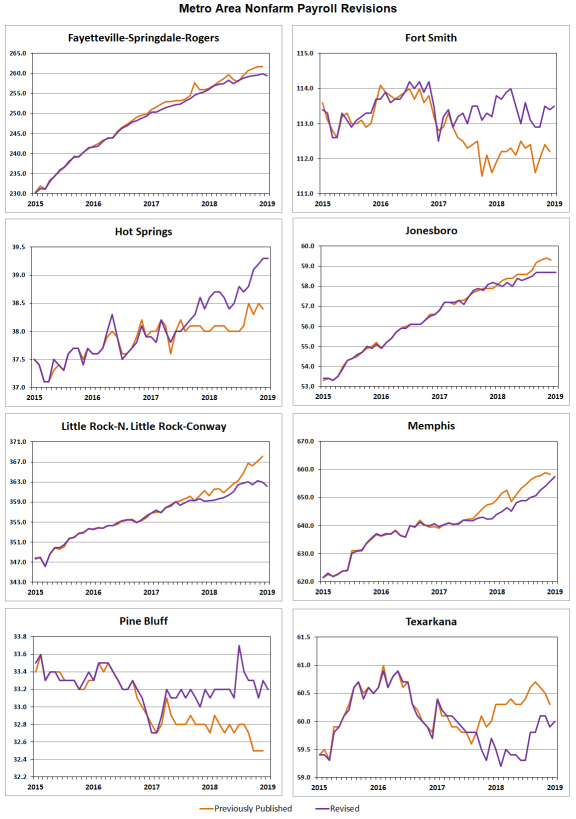 New data for January 2019 showed mixed changes for the month-to-month data, with employment declines in Fayetteville, Little Rock and Pine Bluff.  Employment was higher in Fort Smith, Memphis and Texarkana.  Incorporating the new revisions, all of Arkansas’ metro areas except for Fort Smith show positive employment growth over the most recent twelve months.  Given the substantial revision to data for 2018, Hot Springs now joins the ranks of metro areas that have higher employment today than before the onset of the “Great Recession” in 2008. 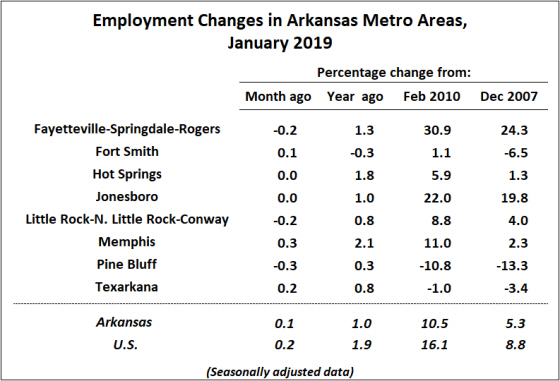