The latest report from the Bureau of Labor Statistics showed the Arkansas unemployment rate ticking up from 3.7% to 3.8%, but both the household survey and payroll survey indicated solid employment growth. 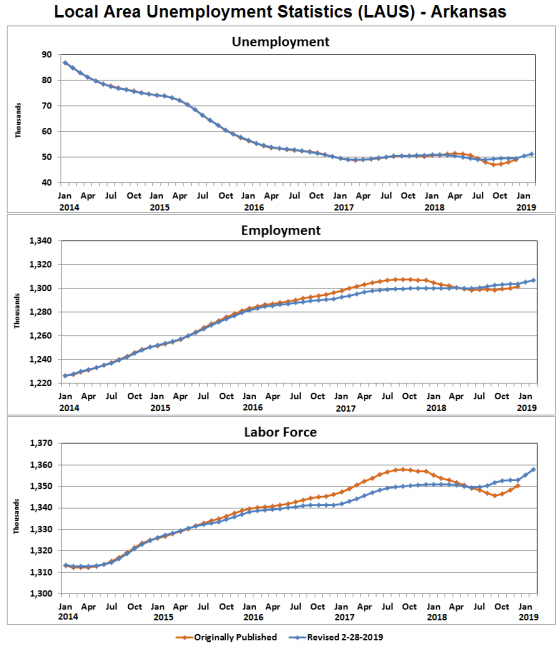 Payroll Employment
Nonfarm payroll employment statistics showed a net gain of 1,800 jobs in February, with the estimate for January revised up by another 800 jobs.  From January to February, Manufacturing alone accounted for more than the month’s total net job gains.  Retail Trade and Other Services also showed increases.  Declining sectors included Construction and Education & Health Services. 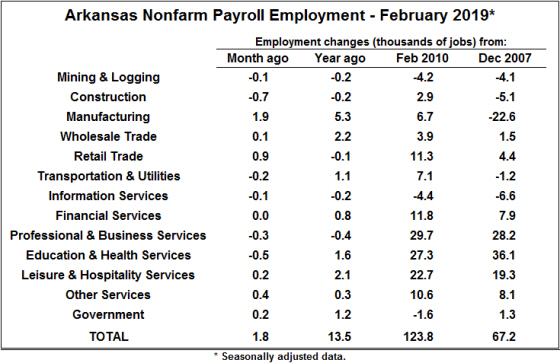