New data on employment and unemployment was released this morning by the Bureau of Labor Statistics (BLS).  The BLS database for metro area unemployment rates and related measures is not yet updated to reflect annual data revisions, so we are limited to year-to-year comparisons of not seasonally adjusted figures.  As shown in the table below, unemployment rates in Arkansas metro areas have generally stabilized over the past year.  From February 2017 to February 2018, unemployment rates were unchanged statewide, as well as in Fayetteville and Fort Smith.  With the exception of Memphis, other MSAs that include parts of Arkansas showed year-to-year changes of only 0.1 to 0.2 percentage points. 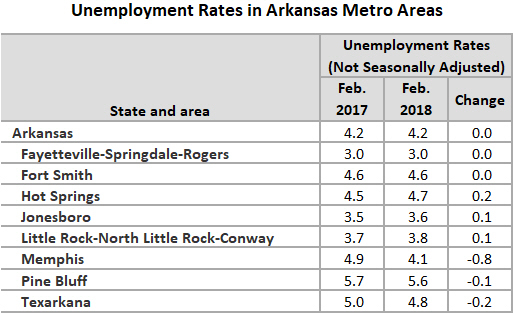 Nonfarm payroll employment was unchanged or higher in most of Arkansas’ metro areas in February.  Fayetteville, Jonesboro and Pine Bluff each registered increases of 0.3%.  The only metro area to experience a monthly decline was a Little Rock.  Compared to February 2017, employment is up in all metro areas except Fort Smith. 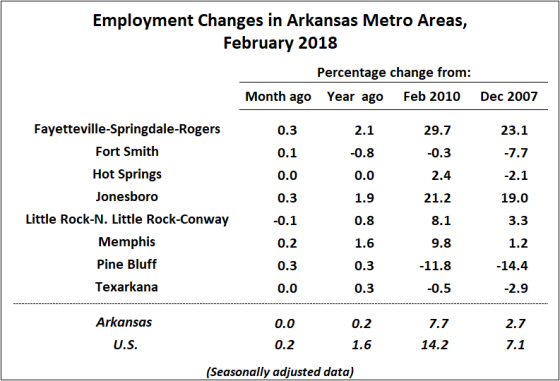