After recent data revisions reduced estimated employment growth considerably for 2017, incoming figures for 2018 indicate a continuing trend of stagnant growth.  Household employment was down by 1,800 in February, following a January decline of 1,900.  The number of unemployed was essentially unchanged in February, but has been creeping upward for nearly a year. 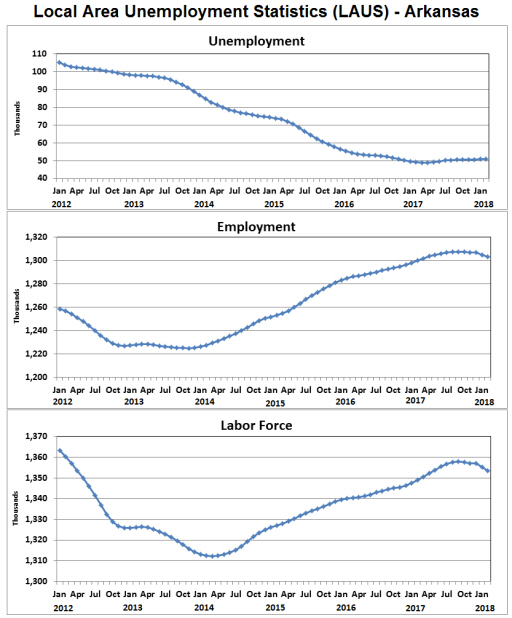 As a result of the declines in employment so far in 2018, the Arkansas unemployment rate edged up 0.1 percentage point in February to 3.8%.  By itself, the uptick is not important (resulting from rounding the change from 3.746 in January to 3.752 in February) and is not even close to statistically significant.  In fact, although Arkansas’ unemployment rate remains lower than the national average of 4.1%, that difference is not statistically significant either.  Nevertheless, the important point is that Arkansas’ unemployment rate remains exceptionally low by historical standards. 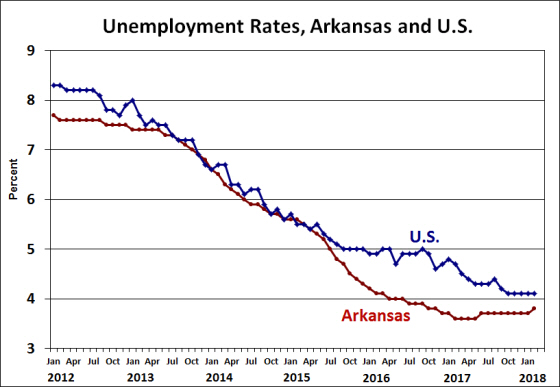 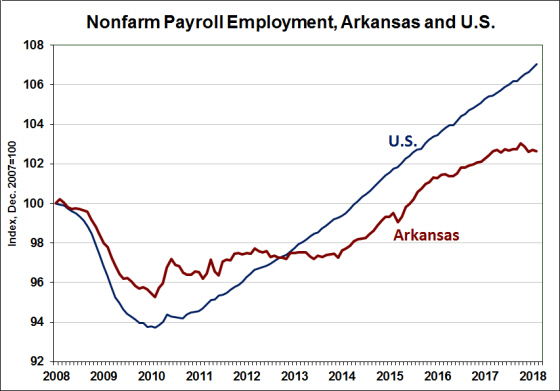 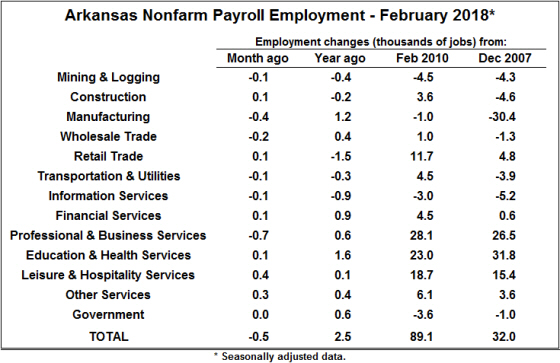 Two Measures of Employment
The ongoing recent trend of zero employment growth is supported by both the household and payroll data.  As shown in the figure below, the post-revision trends in these two employment measures are suggesting similar stories.  Fairly rapid employment growth in 2014 through 2016 gave way to a slowdown — and more recently a slight downturn — in both series. 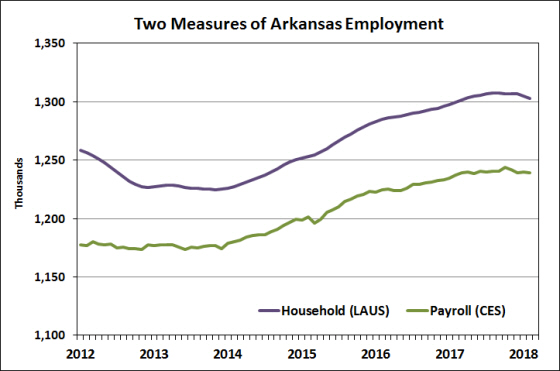