Total personal income in Arkansas increased by 1.1% in the fourth quarter of 2017, matching the pace of the national aggregate.  For the year, Arkansas income was up 3.2% in 2017 compared to 2016.  Arkansas annual income growth slightly exceeded the national average and ranked the 16th highest among the 50 states. 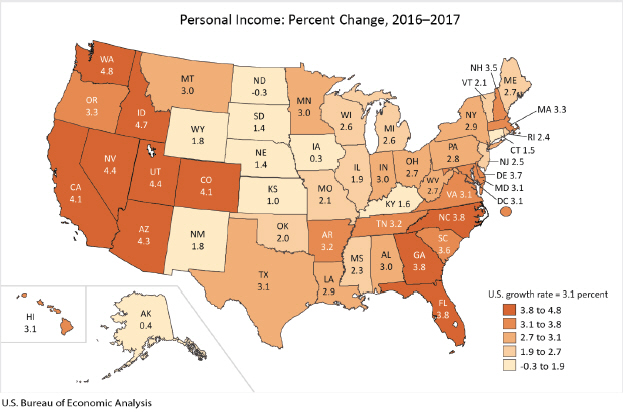 Overall, personal income growth in Arkansas continues to match the pace of the national total.  Since the previous cyclical peak (in 2008:Q2), total income has increased by 30.6% in Arkansas and by 30.9% nationwide.  Since the trough of the last recession (2010:Q1), the annual growth rates of income in Arkansas and the U.S. have both been 4.1%. 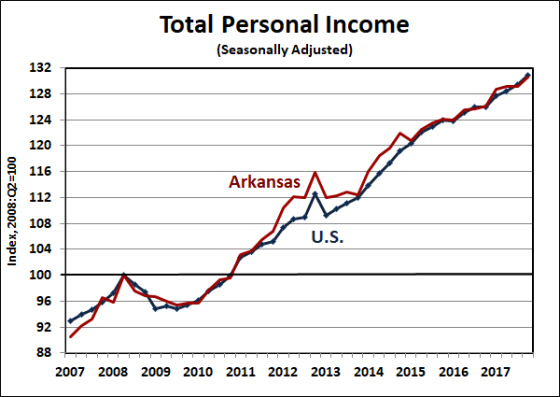 The breakdown by major components of income in the fourth quarter shows slightly slower wage and salary growth in Arkansas than in the rest of the nation, while proprietors’ income and dividends, interest, & rent grew at slightly higher rates.  In the annual averages, Arkansas growth exceeded the nation’s primarily due to farm income (which also shows through to a higher growth rate of total proprietors’ income). 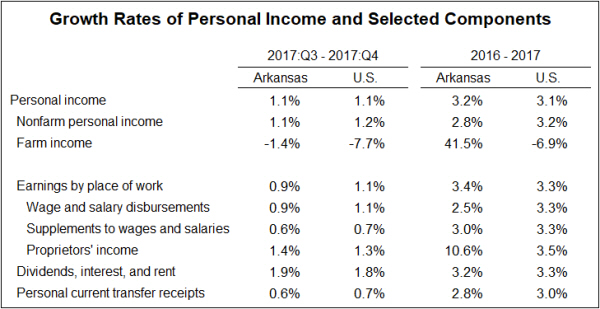 The breakdown of earnings growth by industry shows a sectoral growth pattern similar to that of the nation as a whole (with the exception of strong farm income in Arkansas).  Earning from mining fell faster in Arkansas, while the growth rates of earnings in manufacturing (both durable and nondurable goods) was higher.  Earnings in the information sector were down in Arkansas and the growth rate of transportation and warehousing earnings (an important component of Arkansas personal income) was well below the national average. 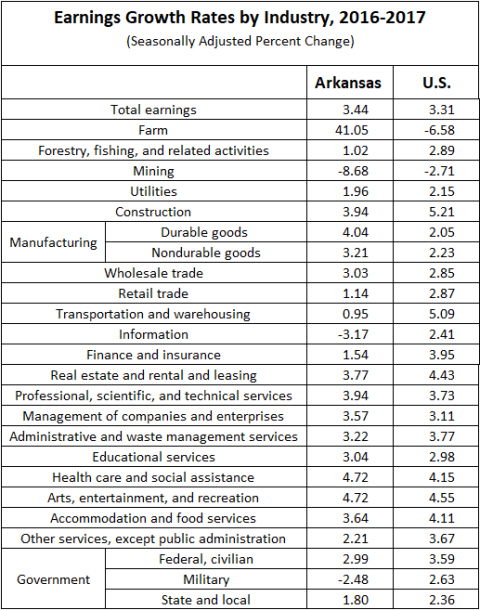