Arkansas’ unemployment rate remained unchanged at 3.8% in March.  The number of unemployed inched up by 549 and is now up 939 over the first three months of the year.  The number of employed declined for the sixth consecutive month, falling by 1,291 in March.  Over the past six months, this measure of employment is down by 5,741.  As a result of the declines in the number of employed, the labor force has also been trending downward in recent months, falling by 4,893 since September of last year. 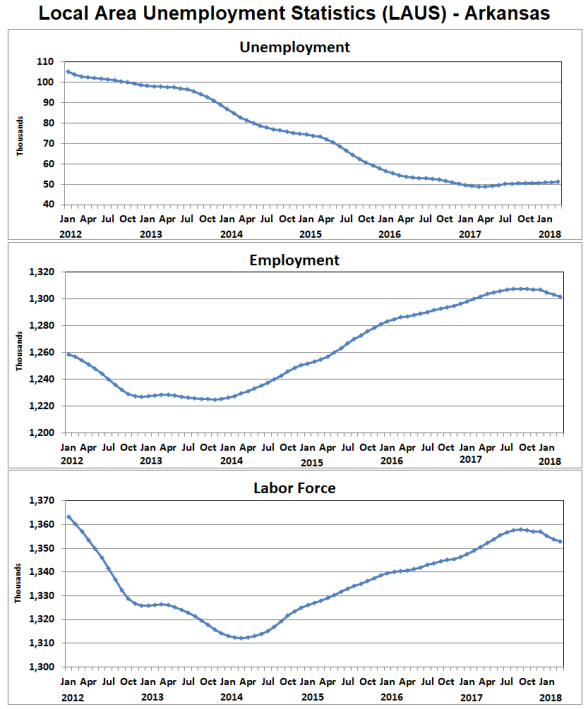 Payroll Employment
In contrast to the household employment measure, nonfarm payroll employment increased by 2,600 in March (seasonally adjusted).  Moreover, the employment total for February was revised upward by 1,800.  Increases were reported for most sectors, including Construction and Manufacturing.  Slight declines were registered for Wholesale Trade and Information Services, but most other service-providing sectors increased from the previous month (with the exception of Other Services, which was down by 800 jobs).  Compared a a year ago, total employment is up by 4,500 — about 0.4%. 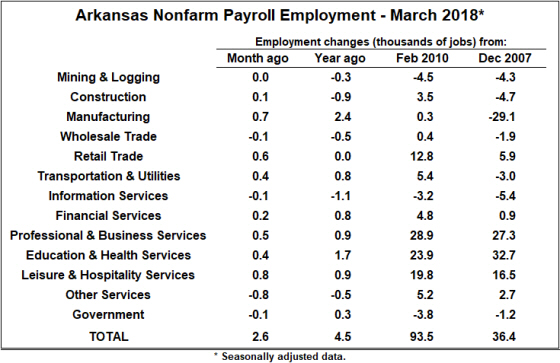 The payroll statistics are generally considered the more accurate of the two employment surveys, and household employment has shown some particularly unusual patterns over the past two years.  Accordingly, the declines registered in the household survey should not be taken as a signal of a significant employment contraction.  Nevertheless, the fact that both surveys are showing weakness compared to a year ago does seem to indicate at least a slowdown in employment growth. 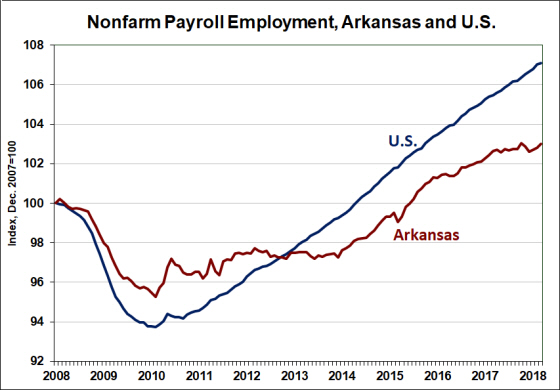