New data on employment and unemployment in metro areas came out earlier this week.  The data continue to show substantially lower unemployment rates in most Arkansas metro areas than a year earlier, although most of the decline took place in the latter part of 2015 with monthly data showing rates leveling off more recently.  In Texarkana, the unemployment rate has been drifting higher in recent months, leaving a net change of zero compared to August 2016. 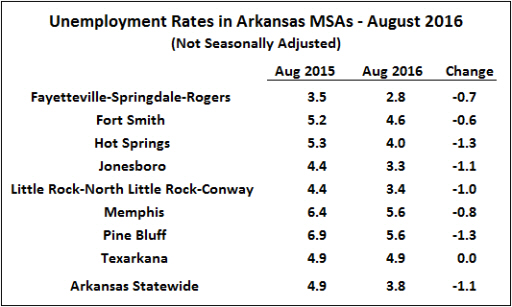 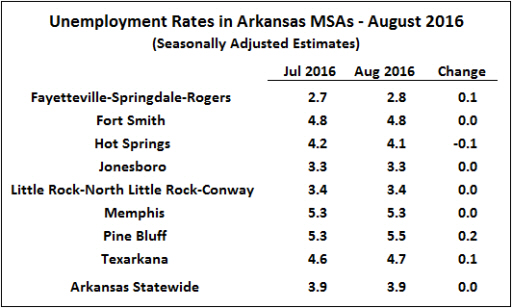 As shown in the figure below, unemployment rates in Arkansas have leveled off since spring, and in some cases have increased through the summer.  Considerable variation remains among metro area rates, with unemployment under 3% in Fayetteville and over 5% in Memphis and Pine Bluff. 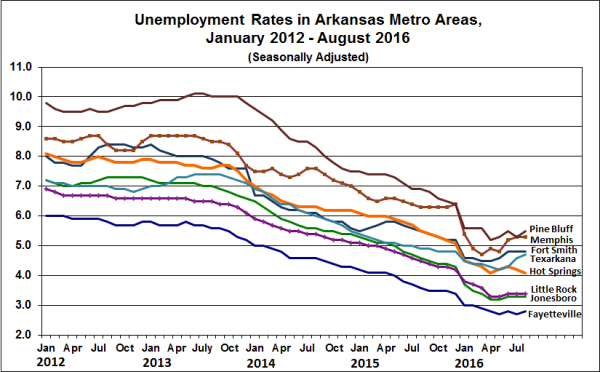 Payroll Employment
Estimates of nonfarm payroll employment in August were mixed.  From July to August, employment declined in Fayetteville and Pine Bluff, while increasing in Fort Smith, Little Rock, and Memphis.  Compared to a year earlier, only Pine Bluff shows a net decline in employment.  Since the employment trough of February 2010, the data show strong job growth in the Northwest and Northeast regions of the state, with more modest growth in other metro areas.  The exception is Pine Bluff, where employment has continued to decline. 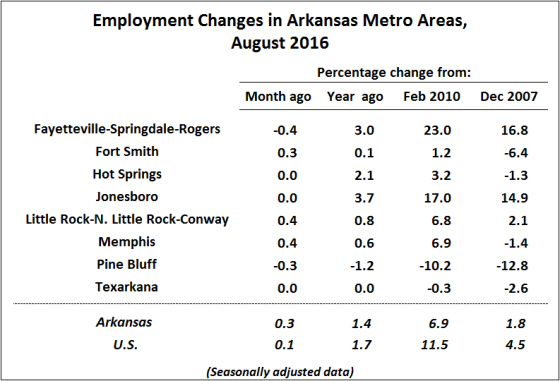