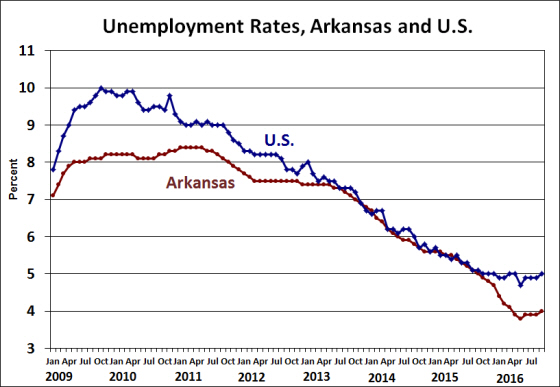 The September report on household employment and unemployment represented a continuation of the trends that emerged over the summer. The number of unemployed Arkansans was up 1,513 and the number of employed was down by 541.  September was the fourth consecutive month in which unemployment increased and employment declined. 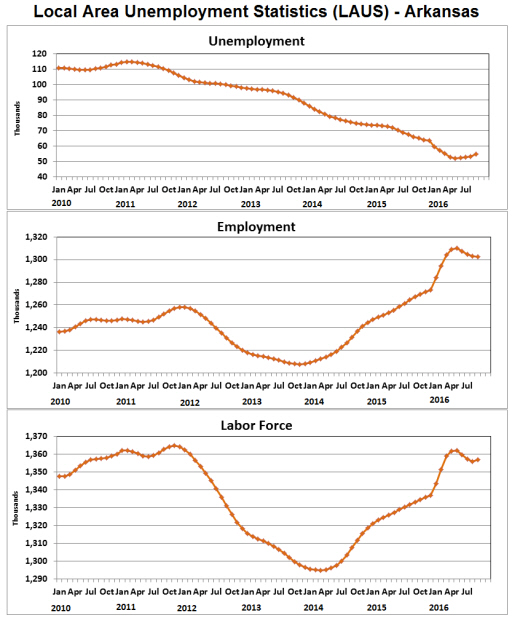 Payroll Employment
Arkansas nonfarm payroll employment increased by 3,300 in September (seasonally adjusted*).   Employment in Education & Health Services accounted for much of the gain, increasing by 2,300 jobs.   Manufacturing employment registered an increase of 1,200, but was still down by 300 jobs compared to a year ago.  In fact, employment has declined over the past 12 months in each of the major goods-producing sectors (Mining & Logging, Construction, and Manufacturing), while increasing in every service-providing super-sector. 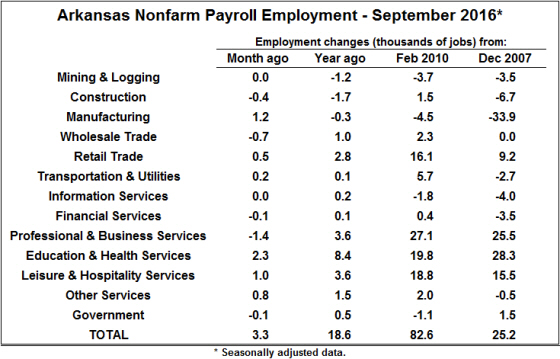 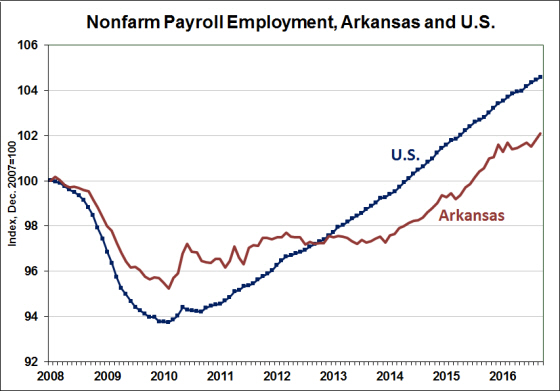