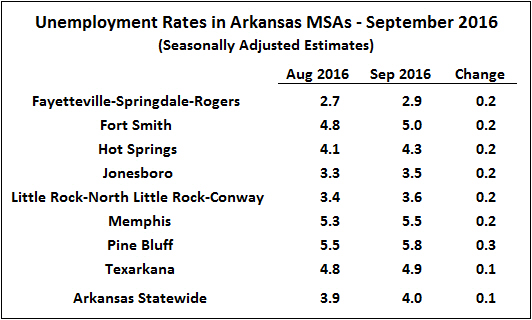 Unemployment rates remain consistently lower than a year ago, but have given up some of the gains achieved during the summer and are presently at levels comparable to the early months of 2016. 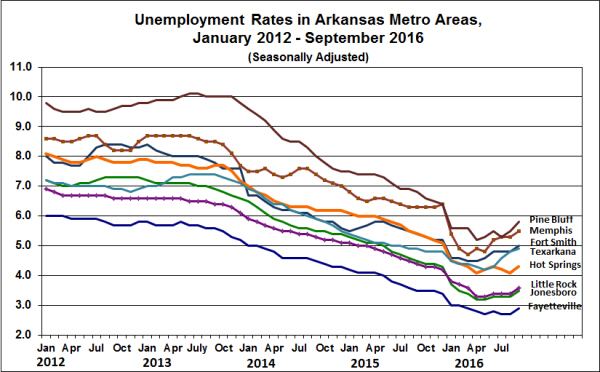 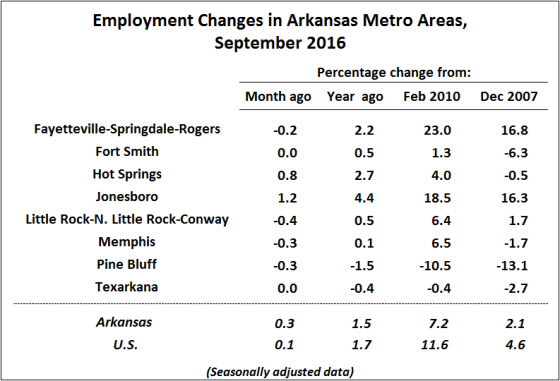 Over the past 12 months, employment has increased across most of the state, but has declined in Pine Bluff and Texarkana.  Employment has been slow to recover from the 2008-09 recession in many parts of Arkansas.  Only Fayetteville and Jonesboro have shown significant employment increases since December 2007, with the Little Rock metro area up slightly compared to pre-recession levels.  Employment in Pine Bluff is down by 13% from 2007, having fallen 10.5% since employment in other parts of the state reached post-recession lows. 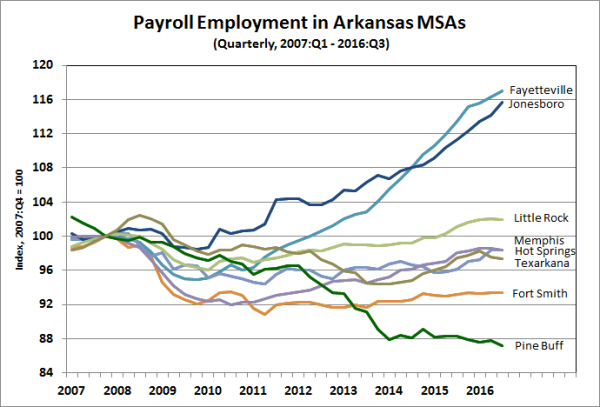