The latest report on metropolitan area employment and unemployment from the Bureau of Labor Statistics showed increases in unemployment in all 389 metro areas across the U.S.  Compared to a year earlier, nonfarm payroll employment declined in 377 metro areas and was essentially unchanged in the other 12. 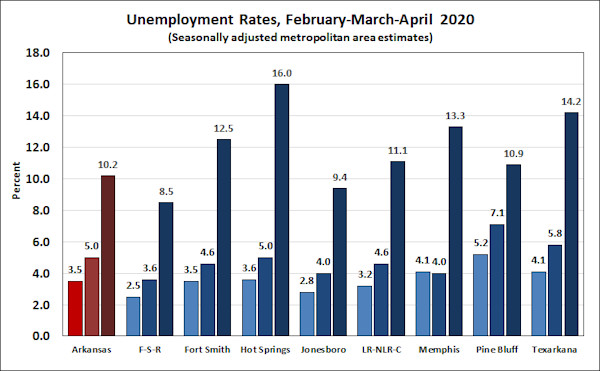 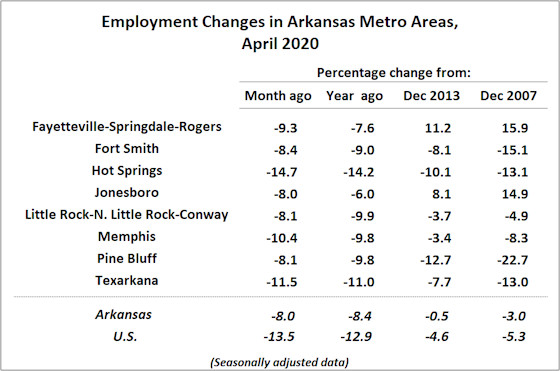