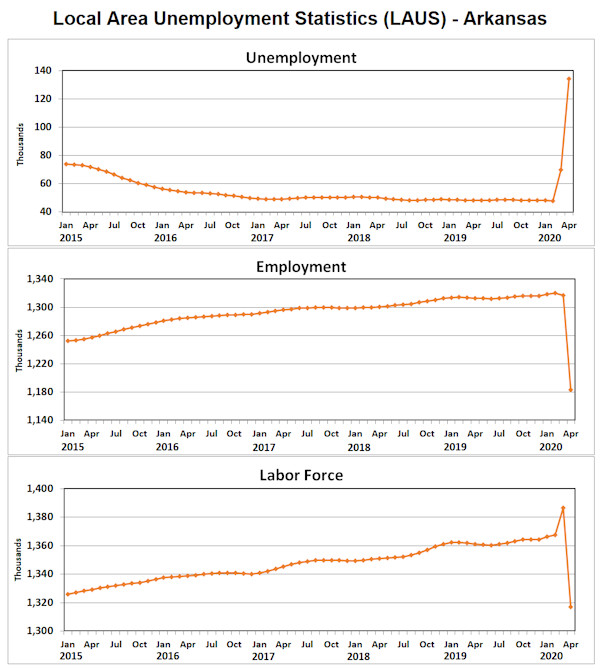 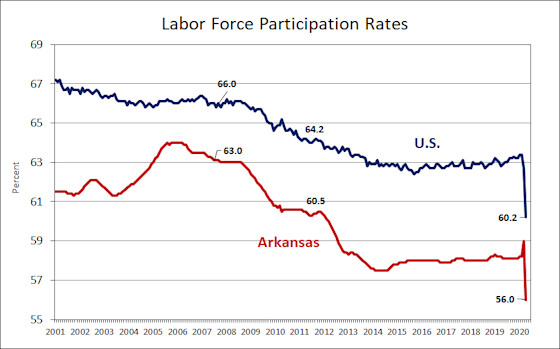 The Bureau of Labor Statistics reported that April’s household survey was affected by the same misclassification as in March:  “some workers who were not at work during the entire reference week were not classified as unemployed on temporary layoff in April 2020. Rather, they were classified as employed but absent from work. BLS analysis of the underlying data suggests that most of these workers were misclassified; they should have been classified as unemployed on temporary layoff.”  The special report went on to say that after adjusting for this misclassification, the unemployment rate would be approximately 19.5% instead of the reported 14.7%.

The state-level unemployment numbers are based on the national survey, but are also refined using other information.  It is quite possible (but not entirely clear), how the misclassification might have effected the calculation of the Arkansas unemployment rate for April. 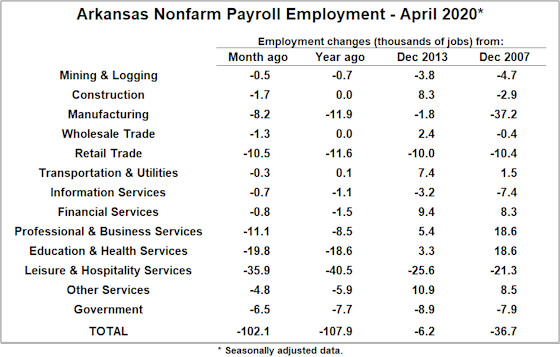 The job-losses were not, however, as bad as the nationwide numbers had suggested they might be.  Apply sector-by-sector percentage declines from the U.S. data, Arkansas employment was expected to decline of over 160 thousand.  As shown in the table below, the percentage declines in nearly every sector were smaller for Arkansas than for the U.S. 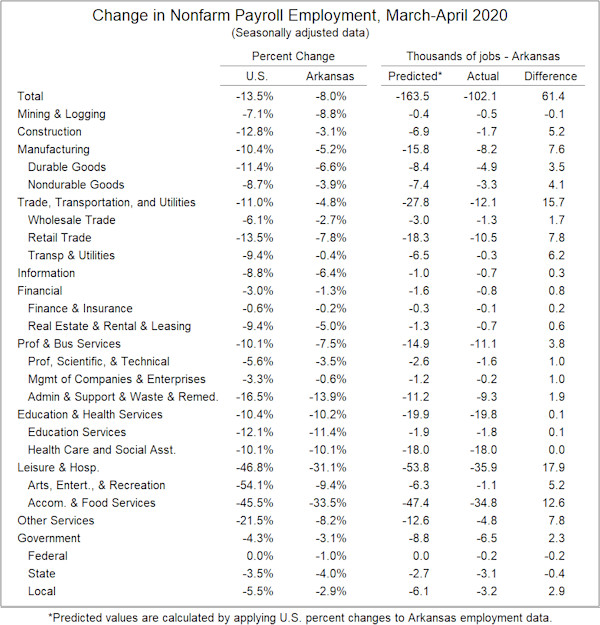 The predicted values in the table show the results of applying the national percent changes to the Arkansas data.  The difference between the predicted and actual values gives an indication of where Arkansas employment showed relative strength or resilience compared to the nationwide averages.  Notably, the some of the largest deviations between predicted and actual values were in sectors particularly affected by COVID-19-related restrictions:  Retail Trade, Leisure and Hospitality, and Other Services showed smaller proportionate job losses in Arkansas than in the national data.

The data suggest that Arkansas’ less restrictive economic response to the COVID-19 pandemic helped to mitigate job losses.  The causality is complicated, however.  Had there been more serious outbreaks in Arkansas, we might have suffered larger declines—whether or not more stringent government-imposed restrictions were put into place.  And for that matter, tighter restrictions might have been the outcome of a more virulent outbreak as well.

As shown in the figure below, the declines in payroll employment, for both Arkansas and the U.S., bring us to levels close to the trough of the “great recession.”  Mathematically speaking, nearly all of the job growth over the past 10 years was reversed in two months. 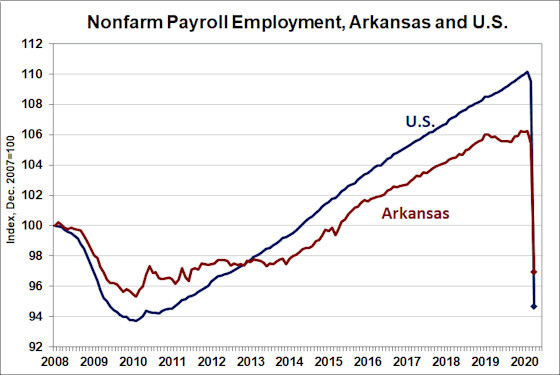