The Arkansas Realtors® Association reported this morning that February home sales were up 12.6% from the previous year.  For the first two months of 2014, home sales are up 11.5%.  January and February are typically slow months of the year, but it is noteworthy that sales are up from 2013:  Last year turned out to be a fairly strong sales year overall, and the harsh winter weather so far in 2014 has probably meant delays for some home buyers. 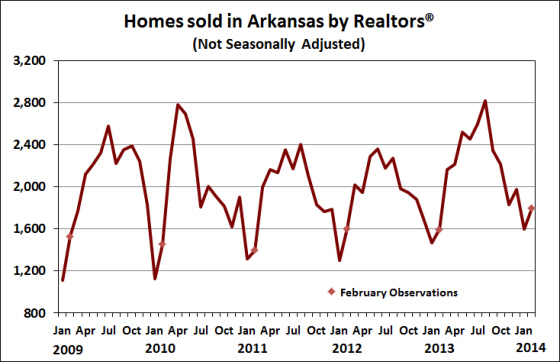 The table below shows sales for the largest 10 counties in the state.  Sales were up sharply in 6 of the 10, with modest declines in Lonoke, Washington and Pulaski counties.  Home sales in Sebastian County were down 13.5% from the February 2013; however, Sebastian County sales were particularly strong in Februrary 2013 (up 27% from the previous year).  As a matter of fact, each of the counties that showed sales declines in February of this year had particularly strong sales growth a year ago. 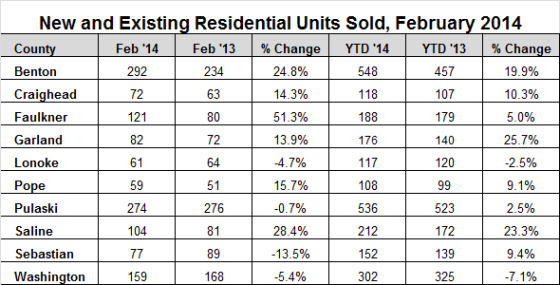