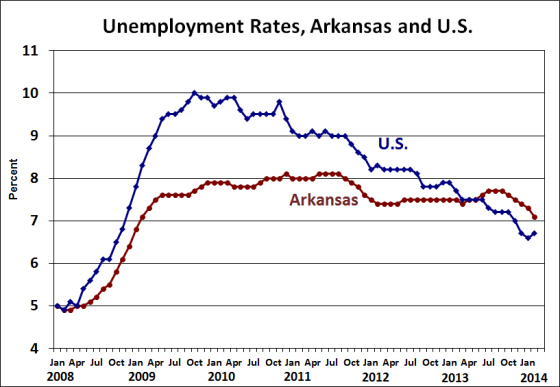 The underlying data from the household survey showed a continuation–and acceleration–of recent positive trends.  The number of unemployed declined by nearly 2,900, bringing the cumulative 6-month decline to more than 7,900.  The number of employed rose by more than 5,300, raising the 6-month increase to over 13,700. 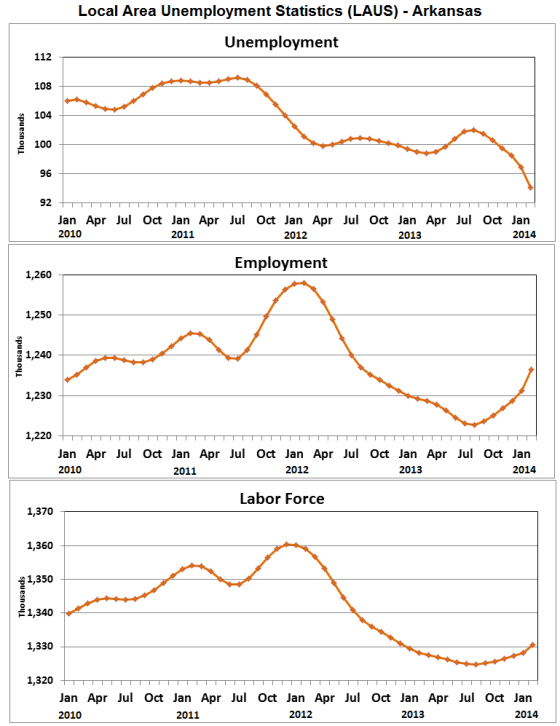 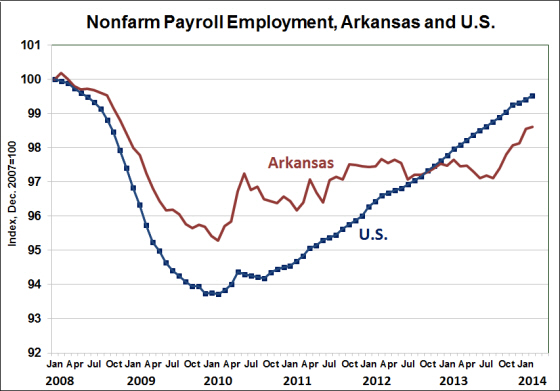 The table below breaks down the recent employment gains by sector.  The data show another strong month for goods-producing sectors, with Construction up by 800 and Manufacturing up by 700.  In the past 6 months we’ve seen a total increase of 6,600 in these two sectors alone.  Employment changes in service-providing sectors were mixed in February, with increases in Retail Trade and Education & Health Services offset by losses on Professional & Business Services, Financial Services, and Other Services.  Since the employment trough of February 2010 Arkansas has seen a cumulative increase of 40,200 jobs, but we remain 16,800 jobs below the employment levels that prevailed before the recession of 2008-09. 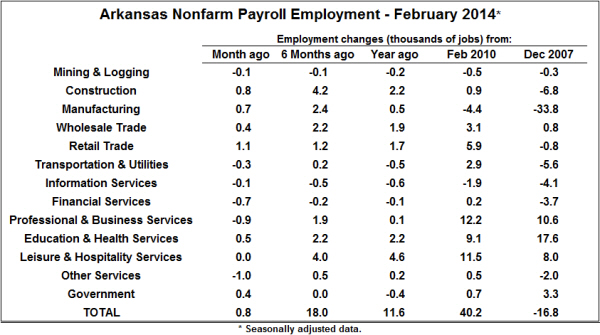