A new report from the Arkansas Realtors Association shows October home sales up 5.9% from the previous year. Home sales typically trend downward during the autumn months of the year, but the pace of the decline can differ from year to year.  As shown in the chart below, sales dropped off sharply from September to October 2011, but dropped only a little from this year’s September sales total.  Hence, today’s report showing a year-over-year increase cannot be viewed in isolation from last month’s report that showed September sales down sharply from the previous year.  Combining this month’s report with last month’s report, sales for the September-October 2012 were down 0.6% from the same period in 2011. 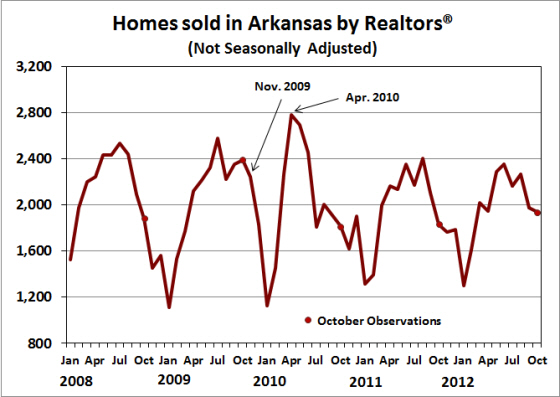 After removing the pronounced seasonal component of the home sales data, the trend during 2012 has been flat — with sales down just slightly from the previous year.  In fact, today’s report showed that year-to-date home sales were down 2.4% from the 2011 pace.  November and December are usually two of the slower months of the year, so it is unlikely that sales during the remainder of 2012 will have much of an impact on annual totals.  When all the data are in, we continue to expect that 2012 home sales will be down slightly from the previous year. 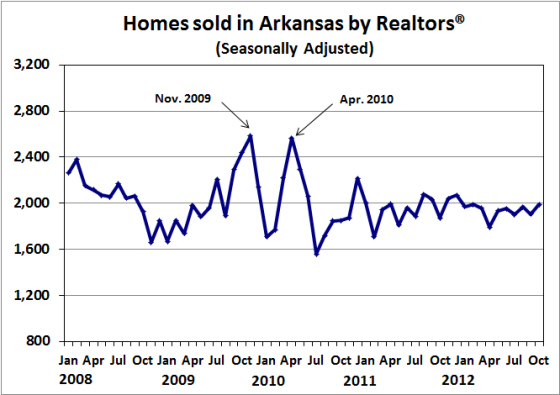