New data from the Arkansas Realtors® Association indicates that May was a very strong month for home sales, up 11.5% compared to May 2014.  Total sales for the month were 2,579, the highest single-month of sales since the summer of 2007.  Home sales are typically highest in the summer months (June-July-August), so the May figures suggest a 2015 housing market that is continuing to improve dramatically, with strong momentum going into the summer months. 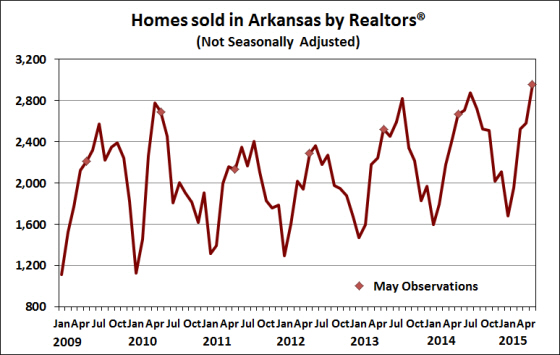 After removing the typical seasonal variation in home sales, the following chart shows an extended uptrend in sales that has prevailed over the past 3 years.  Relative to the trend, May is clearly a strong month.  However, it follows some weakness over the recent winter months, which were affected by some unusually harsh weather conditions that might have delayed some transactions.  As is usually the case, the next two or three months will be important for gauging annual sales totals. 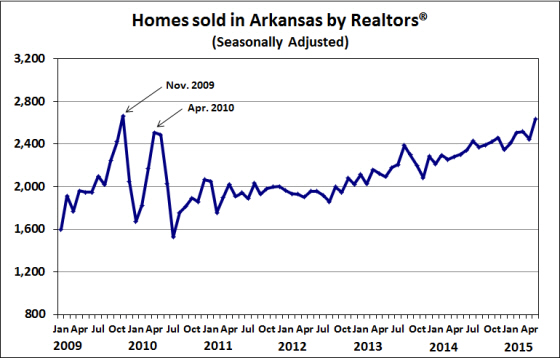