New data from the Arkansas Realtors® Association show another strong month for Arkansas real estate markets, with home sales up 15.8% in March compared to the previous year.  Sales of 2,526 homes represented the highest March sales total since 2007. 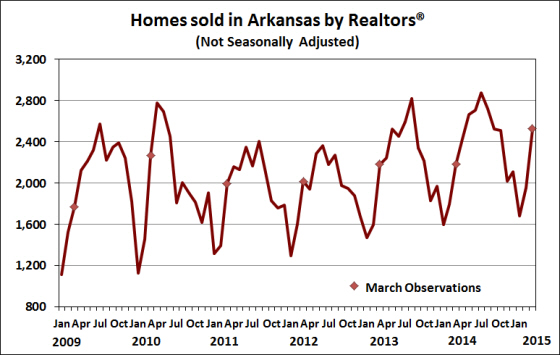 Following year-over-year gains in both January and February, total home sales for the first quarter of the year were up by 10.2% compared to the first quarter of 2014.  As shown in the figure below, seasonally adjusted home sales are continuing to follow a steadily rising trend.  The pace of sales has now recovered to well-above the peaks in 2009 and 2010 that were artificially inflated by federal home-buyers’ tax credits. 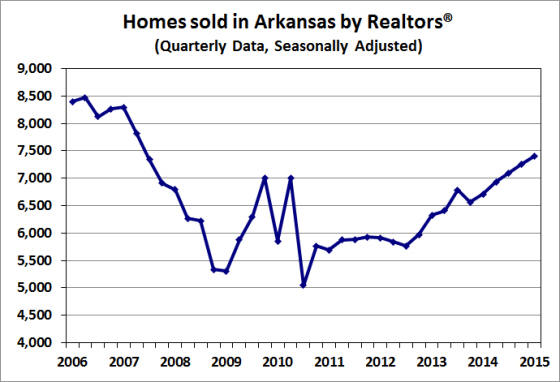 Home sales were up among all of the largest counties in the state, with year-over-year gains particularly notable in Craighead County and Sebastian County.    The combined year-over-year increases for the Northwest Arkansas counties of Benton and Washington were 13.8% for March and 11.7% for the first quarter.   The combined totals for four Central Arkansas counties (Pulaski, Faulkner, Saline, and Lonoke) showed increases of 20.4% for the month and 8.5% for the quarter.