New data from the Arkansas Realtors® Association (ARA) show continued strength in home sales.  New and existing home sales were up 10.4% compared to June of 2013.  The sales total of 2,708 was the highest total for the month of June since 2007.   For the first half of the year, cumulative sales were up 6.3% from the previous year. 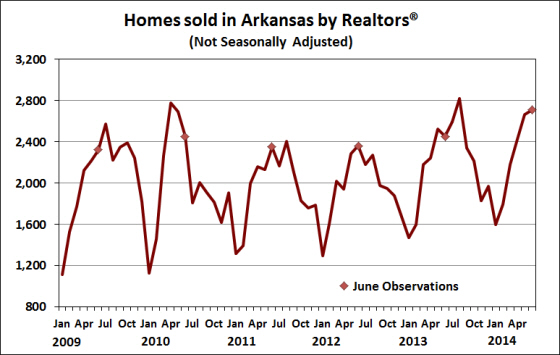 The steadily improving trend in home sales can be seen more clearly when the data are aggregated by calendar-quarter and seasonally adjusted.  As illustrated in the figure below, sales in the second quarter of 2014 were up by more than 3% from the previous quarter, and were nearly as high as the peaks in late 2009 and early 2010 that were associated with Federal home-buyer tax credits. 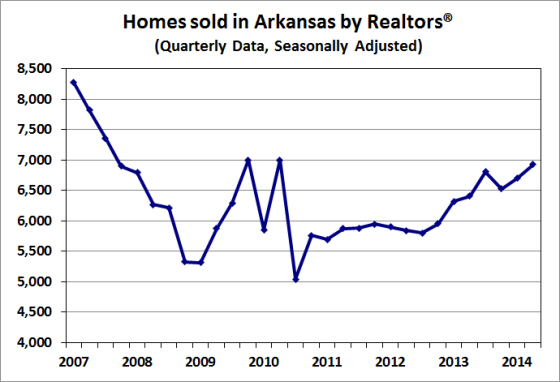