New data from the Arkansas Realtors® Association (ARA) show that home sales in January 2015 were up 5.1% from the previous year.  As shown in the figure below, January is typically the slowest sales month of the year, so it is not possible to conclude too much from the one month’s sales figures.   Nevertheless, the sales total of 1,678 homes reported is the highest sales total for the month of January since 2007. 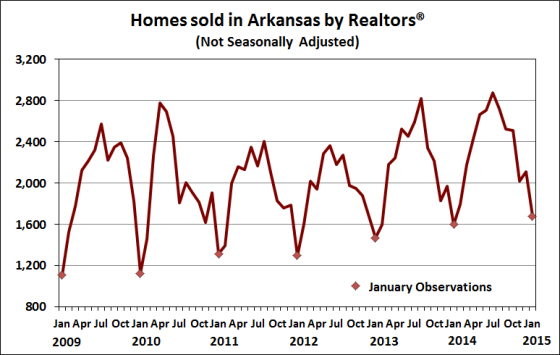 Weather is often a factor for home sales during the winter months.  A year ago, January was a particularly wintery month, whereas weather conditions have been more harsh this year in February.  Hence, the year-over-year comparison for January might be more favorable than the figures will be for February.

Setting aside seasonal fluctuations, it is clear that Arkansas home sales have been on an increasing trend for the past two years.  Using the statistical technique of seasonal adjustment, the chart below eliminates the predictable seasonal swings, leaving only the trend and monthly variability.  From this perspective, the January sales total is right in line with recent sales trend. 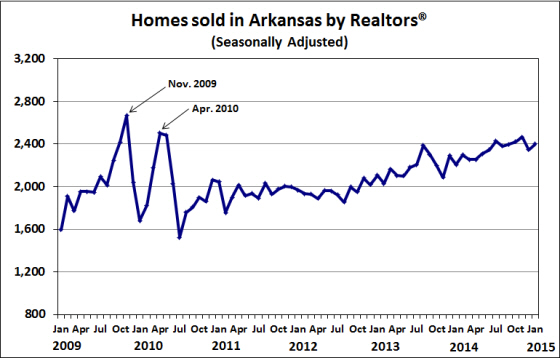