The Arkansas Realtors® Association announced this morning that home sales in August were down 3.4% from a year earlier.  This was the first year-over-year decline since last November, but that shouldn’t come as a surprise.  The summer months of June, July, and August are typically the peak months of the year, but the peak can come in either July or August, depending on the number of closings that take place before or after Aug 1.  In 2013, the peak month was August, whereas this year the highest-sales month turned out to be July.  Comparing this year’s July/August total with last year’s, we see an increase of 3.4%.  Year-to-date, home sales are up 5.1% over last year. 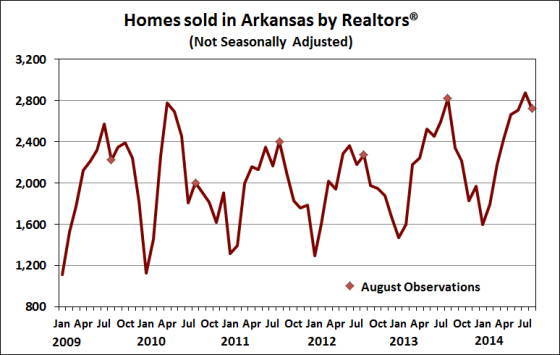 After seasonal adjustment, it is clear that while the August sales figure represents a slight down-tick from the previous month, it provides little evidence of any change in the upward trend of home sales over the past two years. 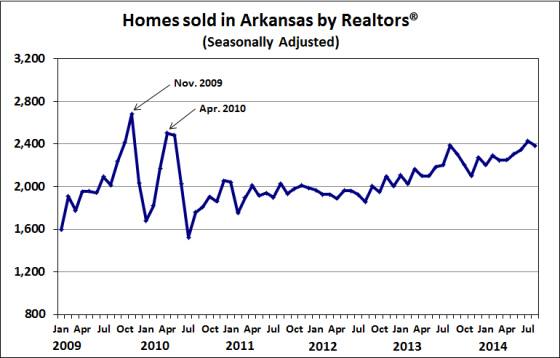