New data from the Arkansas Realtors® Association shows an increase in Arkansas home sales in April, up 8.2% from the previous year. This year’s increase builds on strong momentum from last year as well:  Comparing April 2014 to April 2012, sales have risen by nearly 25%.  For the first four months of the year, cumulative sales are up 10.2% from 2013 and up 20.4% from 2012. 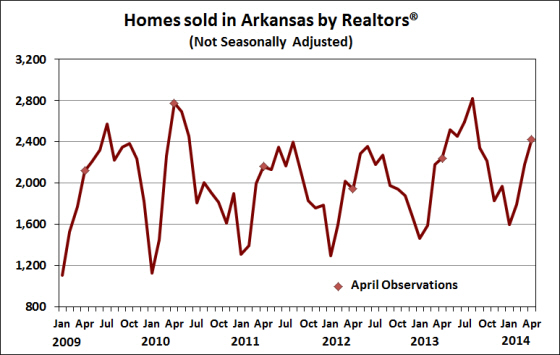 Among the ten largest counties reported, the strongest year-over-year cumulative sales increases are in Sebastian County (+23.3%) and Benton County (+17.1).   Three counties have seen slight sales declines so far in 2014 — Craighead, Faulkner and Lonoke.   However, when we compare 2014 cumulative sales to two years ago, gains are more widespread.  Eight of the top ten counties have experienced double-digit growth over the past two years, with Benton and Sebastian Counties showing increases of over 36%. 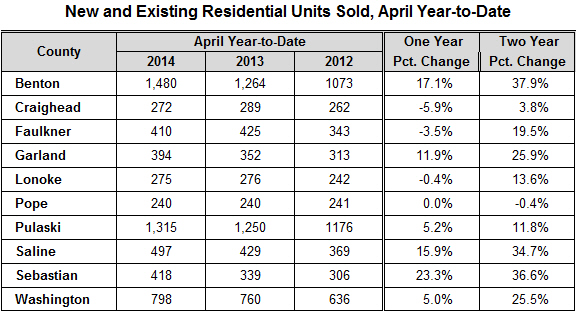 The strong seasonality of home sales implies that the summer months are crucial for annual sales totals.  Upcoming reports for May, June, and July will be important for assessing ongoing momentum in Arkansas’ residential real estate markets.