Earlier this week, the Arkansas Realtors® Association released sales figure for December 2017.  Total number of homes sold for the year was reported as 35,755, an increase of 5.1% from the previous year.  The 2017 sales increase followed four consecutive years of robust growth:  From 2012 through 2016, average annual sales growth was 9.0%. 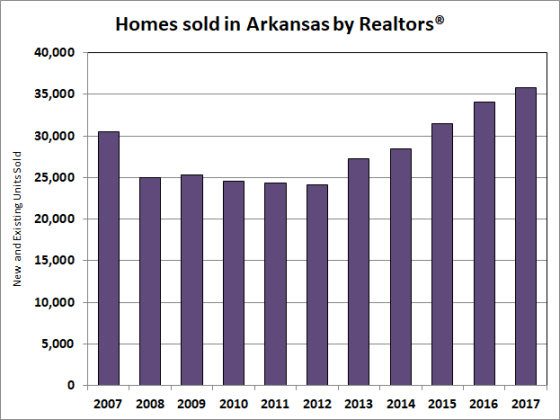 This week’s report showed that sales in December 2017 were actually lower than in 2016, a decline of 2.7%.  There was no data reported for November, but by interpolating year-to-date figures between the October and December reports, we can estimate that November 2017 sales were up 6.8% from the same month in 2017. 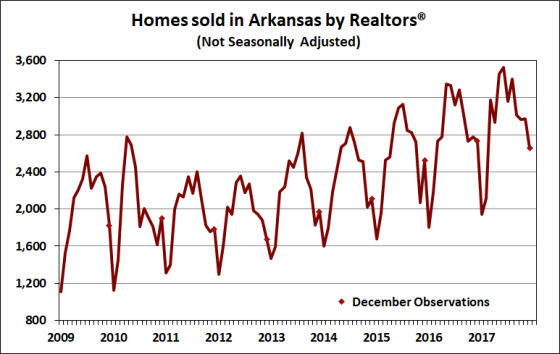 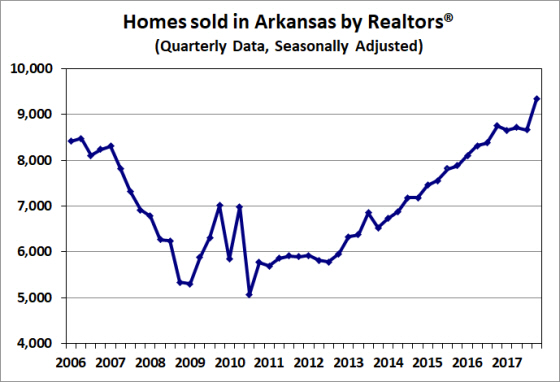 Regardless of the monthly and quarterly ups and downs, the point remains that 2017 was another banner year for Arkansas home sales.  As we look ahead to 2018, there is some risk that rising interest rates may dampen the demand for house purchases, but there is little evidence of that having any immediate effect.  Our forecast for 2018 is that robust growth in home sales will continue, with a chance of weakening late in the  year or sometime in 2019.